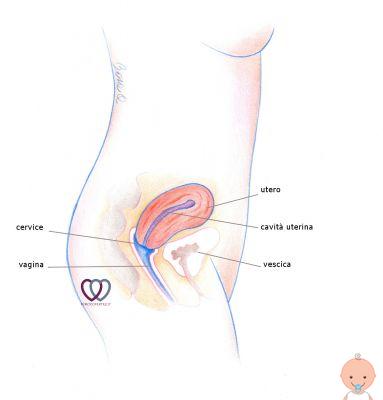 In second week of pregnancy something is changing. Inside your body Something truly extraordinary is happening even if you don't know it yet. The cycle in fact, he is not yet late and you have very few symptoms.

However within your own body something magical is happening. A real revolution is taking place.
The baby already is implanted in your uterus and the pregnancy is beginning.


Symptoms of the second week of pregnancy

It is very early to have clear symptoms that indicate the start of a pregnancy. Symptoms can often be quite similar to those of PMS.

Read also: All the symptoms of pregnancy

It is also possible that a slight bleeding during the first two weeks of pregnancy. It is not the menstrual cycle but the so-called plant losses.

You may begin to feel a little bit of nausea: more or less 50% of pregnant women suffer from vomiting and nausea. For some women, nausea is the very first sign of pregnancy, felt even before the missed period

In any case remember: if you are looking for a pregnancy and it is possible that you are pregnant try to follow one healthy lifestyle, even if you do not yet have confirmation of pregnancy: avoid alcohol consumption, do not smoke, limit yourself with drugs. These are all precautions that, among other things, increase the chances of getting pregnant.


How the body changes in the second week of pregnancy

Many changes are taking place in your body without you noticing.

Are you still waiting for the period and if you are looking for a pregnancy you are crossing your fingers so that they do not come. You will be able to take the pregnancy test on the first day of your delay.
If the test is positive, then you will take a blood test to confirm the result.

Second week of pregnancy. How does the child grow?

During the second week of pregnancy, the baby is between 7 and 14 days old and is now firmly implanted in the uterus.
At this stage theembryo consists of 150 cells and divides into three layers called embryonic leaflets. THE'endoderma (or inner layer) leads to the formation of the respiratory and digestive systems. The mesoderma (middle layer) gives life to the genital organs, bones, kidneys, blood vessels and muscles andectoderma (outer layer), will lead to the formation of the brain, nerves, skin and hair.


The fetus in the nine months of pregnancy (PHOTOS)

The hormone Beta Hcg (which will later transform into the placenta) is only produced by the mother's body when she is pregnant. Pregnancy tests are colored precisely because they come into contact with this hormone present both in the blood and in the urine. The beta hcg test on the blood is positive even before the lack of the cycle, between the 25th and the 28th day, but it is always advisable to wait for the lack of the cycle to carry it out.

Second week of pregnancy, what to do

The body, under the effect of progesterone, begins to slow down its rhythms: you feel tired, you sleep much more. Indulge your body and its new rhythms, don't force yourself, if you can't, to do the same things you did until a few weeks ago.

If you want to learn more about the other 40 weeks of pregnancy, she has created a nine-month calendar with advice on health, nutrition and tests to take during the 40 weeks. You will also be able to find out about the changes in the mother's body, how the baby bump grows and how the fetus develops.