2030 children's agenda: how to explain it to our children 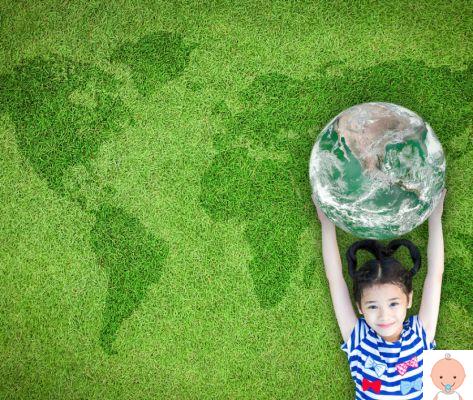 2030 children's agenda: how to explain it to our children

There is a lot of talk about Sustainable Development, a theme that should also be explored with one's own children, given that the future concerns them directly. And on the subject 2030 Agenda, children and adolescents they are at the center of attention because it is precisely for them that the UN has established the objectives that are part of it. How to explain to your children, therefore, theAgenda 2030?

L'Agenda 2030 is a pact drawn up by 193 UN member states which, at the end of 2022, during the Summit on Sustainable Development, have set 17 fundamental objectives (SDGs) and 169 targets that aim to eliminate the poverty and to pursue sustainable development by 2030. This pact was developed in detail with the support of UNICEF, precisely because it directly concerns children e teens around the world, who today live in enormous conditions inequality.

What are the objectives of the 2030 Agenda

Explain in detail i 17 objectives of the 2030 Agenda children can be complex, but it can be summed up by saying that the states of the world are committed to ending poverty, fighting inequalities, tackling climate change, building peace and enforcing human rights. These objectives are pursued both at the international level, thanks to cooperation between states, but also internally in each country. El Paese, for example, has its own plan which is called National Sustainable Development Strategy (SNSvS).

Read also: How to educate children in the ethics of mankind

The 2030 Agenda in the country

La National Sustainable Development Strategy directly involves i children and villages and is based on 5 areas of intervention, also called "5 P2:

How to involve children when talking about Agenda 2030

If you have young children, in kindergarten or primary school, it's not too early to talk about Agenda 2030. Without going into complex economic and social issues, one can take simple objectives such as defeat hunger or poverty, or clean water and sanitation conditions, to explain to the little ones concretely what it means to commit themselves and show them what the inequalities. There is no need to go too far: simply think of the dad and the children who were able to follow her without problems because they were equipped with a computer or tablet, while others could not except with the help of the community.

Ai younger children you can ask to put into practice Agenda 2030 through play, for example by choosing goals and giving them time to reflect on how to achieve them and proposing activities to governments, on the model of Greta Thunberg.

The commitment of adolescents to Agenda 2030

Different speech for the teens, who are more attentive to certain issues and, obviously, understand them better. With them you can deepen the 17 goals proposing to take action, both through the involvement of school (there are specific plans to activate the institutes promoted by the Ministry of Education), both personally, for example by trying to:

It is important for adolescents to be at the forefront of change because the 2030 Agenda affects them directly: in just over 8 years they will come to terms with what UN states have done to reduce inequalities in the world and their active participation, at school and in private life, is essential for a change in society.

It's important talk about Agenda 2030 even with children, so that from an early age they understand the importance of one Sustainable Development and egalitarian and are aware not only of the enormous differences that distinguish children around the world in terms of Rights, but also of the dangers that the planet is running in terms of consumption e resources.

Audio Video 2030 children's agenda: how to explain it to our children
Aida name for girl. origin, diffusion and meaning ❯

add a comment of 2030 children's agenda: how to explain it to our children