39th week of pregnancy: what happens and how the baby grows 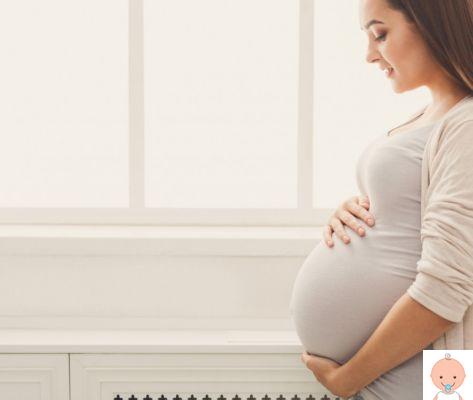 We are at the end of the ninth month, at 39th week of pregnancy: this is probably yours last week of pregnancy. For most women, in fact, the contractions start these days and the baby is born this week. The baby weighs about 3 kg and measures 49-50 cm.

How does the child grow?

If after this week of pregnancy the baby has not decided to be born, the doctor may decide to induce the birth.

Symptoms of the 39th week of pregnancy

How the body changes in the 39th week of pregnancy

Exams to be done in the 39th week of pregnancy

These days you will do the cardiotocografia, better known as monitoring, which is used to evaluate the health of the baby in the belly, the presence of contractions and the fetal heartbeat.

This is a very important exam because it allows you to keep the health of the fetus under control, especially near the expected date of delivery. Generally, the first monitoring is performed no earlier than the 38th week of gestation together with the other tests that are routinely performed in view of delivery (blood count, electrocardiogram, blood pressure control, etc.). It is a completely risk-free technique for both mother and baby, generally lasting from 30 minutes to 1 hour during which the expectant mother is lying on a bed or sitting on an armchair, in any case in a comfortable position , and the child's father may also be present.

From a technical point of view, it is an examination based on the measurement of two parameters: the fetal heart rate, that is the number of beats of the fetus's heart per minute, and uterine contractions. In addition, the midwife will evaluate the state of the cervix with a visit.

Thirty-ninth week of pregnancy, the curiosities

If you want to learn more about the other 40 weeks of pregnancy, she has created a nine-month calendar with advice on health, nutrition and tests to take during the 40 weeks. You will also be able to find out about the changes in the mother's body, how the baby bump grows and how the fetus develops.

add a comment of 39th week of pregnancy: what happens and how the baby grows