A child is removed from his mother at the behest of the Juvenile Court. What are the rights and duties of a parent? 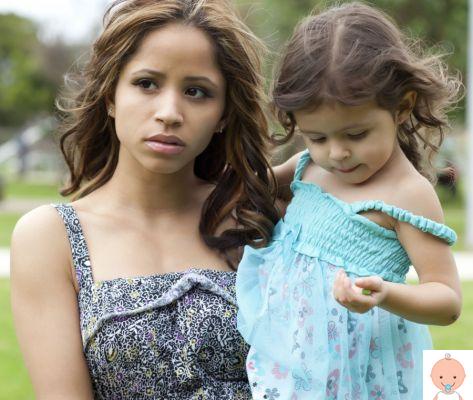 When a child is taken from the mother

A small planet sent us a letter telling us her story: her son is removed from her at the behest of the Juvenile Court after some reports from social workers. But what are the rights and duties of parents in these delicate cases, when a child is taken from the mother? Our lawyer answers.


"I am writing to tell you my story and ask your lawyer for an opinion: my husband abandons me a few years ago and I remain alone with my children for a few years. Finding myself in financial straits, I ask for help from social workers who in return ask me to do odd jobs in the country where I live and start controlling me on everything: from the education of my children, to my personal life, inviting me to get a divorce. When one of my children starts primary school, the teachers report to the social workers that the child is too active and restless at school. From that moment a difficult and tormented period begins: my son is rejected and the assistants advise me to take him to a neuropsychiatrist. The child suffered because he was accused several times at school of being a hooligan and wanting to hurt his classmates. He was put in detention several times and besides, he couldn't stand it anymore to go to the neuropsychiatry sessions.

After a total silence from the social workers, which lasted for a few months, the child is taken from me by decision of the Juvenile Court who repeatedly asked me to start a therapy course with my son. But I did it! In addition, the situation had improved recently, since I had found a job, I did not miss anything for my son and my husband had returned home. When I asked the reason for this decision they told me that they took into account the fact that I was alone, that the place where I lived was not suitable for raising a child and that they had considered my past, not just the present. They also accused me of mistreating and beating my son after school. But there is no evidence, no hospital records attesting to this. I was told that now I can see it every 15 days, and instead sometimes they even skip the month. So they didn't keep their promises. What do you recommend? What can I do?"

Read also: When to take a child to the psychologist?

What does the law say?

The minor has the right to grow and be educated within his own family.

The state never deprives parents of their precious role if there are no extremely serious and important reasons. The interest to be safeguarded at all costs is the well-being of children who must be absolutely protected in the event of situations that are dangerous for their psycho-physical integrity. According to the country law, the family of origin always has the preferential lane unless there are very serious failings on the part of the parents.

The role of social workers

They come into play like this social workers, who have the task of safeguarding the interests and rights of minors and they must make every effort to combat and report to the competent authority situations of hardship in the lives of children. To do this, the social worker must make a precise and detailed analysis of the real situation in which the child lives, carrying out interviews with all the people who interact with him and using the means at his disposal such as, for example, home visits.

When the analysis shows that the risk that the child runs is extremely serious and imminent, or the damage he already suffers is of a high entity and must be stopped immediately, the Court can decree and appeal to expulsion, which is a protective measure for the most serious cases. This measure must be based on serious and documented abuses with the acquisition of objective evidence. Social Workers take over the total management of the minor, often without providing adequate information to the parents which is sometimes granted a “right of visit".

Concept that assumes for the parent the right / duty to exercise parental responsibility and for the child the valence of developmental need. Without a doubt that of assistants, psychologists is an important task, of help and support for families and as such it is very complex and of great responsibility. For this reason it cannot be admissible that we work lightly and without due attention because inevitably the work of the social worker interferes with the life of a family.

Can social workers be wrong?

There are cases in which (it could be yours) the social workers have not acted according to their own code of ethics but it is also right to point out and highlight that, in most cases, they do a great job. It is true: it happens that prejudices and false or incorrect initial assessments of psychiatrists, psychologists and social workers, with wrong and inadequate training or low competence in the juvenile or family field, lead to create situations of injustice. In fact, there are many stories that tell of violated and broken family identities, due to court decisions that do not always comply with the justice of the specific case.

The legal abduction of children from families, in addition to being a very serious phenomenon in itself, is emblematic of the tragic internal and social repercussions to which all family members are exposed. In his particular case it is not smart to attribute an injustice without looking at the analyzes and the reasons that led the assistants and the Court to such a "solution". In extremely delicate cases like his, it is necessary to contact a lawyer specialized in juvenile law which will bring this situation to the attention of the juvenile judge. The sooner you take action to restore truth and justice, the better your chances are of protecting your children from errors and injustices. Therefore I advise you to immediately rely on a lawyer. Good luck!

A massage for pregnant women ❯

add a comment of A child is removed from his mother at the behest of the Juvenile Court. What are the rights and duties of a parent?