Abnormalities of the placenta, the midwife explains what they are and how to intervene 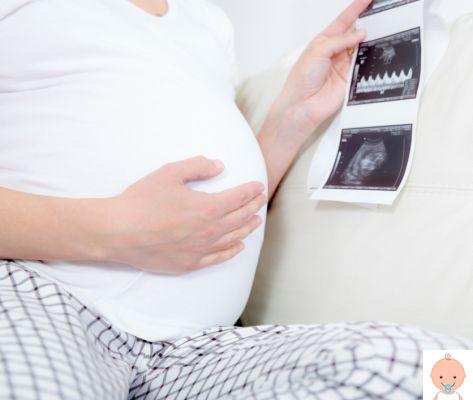 Abnormalities of the placenta

During pregnancy, when we do the obstetric visit with an ultrasound, the gynecologist also evaluates the position and structure of the placenta, this is because its characteristics are very important to understand the type of birth that we will be able to face and what the consequences will be on ours. uterus.


But what is the placenta and what is it for? It is a real organ that grows together with the baby inside our uterus. It is the organ that takes care of filtering the substances arriving from the mother before passing them to the baby (therefore both the oxygen and the nutrients), it takes care of acting as a barrier for harmful substances and any medications and finally takes care of providing "clean" blood to the baby through the umbilical cord.
As you can guess, the placenta is a fundamental organ for the development and health of the baby.

What does placental implantation mean?

The placenta is anchored to the uterus not only because it rests against it in its inner wall, but also because it is said to "invade" its blood vessels. To bring blood and nutrients to the baby, the placenta creates vessels, as if they were tentacles, which it inserts into the vessels of the mother's uterus. This allows for both exchanges with the baby and stable implantation of the placenta. The characteristics of this invasion can determine some problems for childbirth, or rather, for the afterbirth (when the placenta detached from the uterus is expelled after the birth of the baby) and it is therefore important that during the ultrasound it is well studied how it is attaches to the uterus.

When a placenta does not attach "normally" to the uterus we use three terms that have slightly different meanings, namely placenta accreta, placenta increta or placenta percreta.

We can say that the three different names tell us how far the "tentacles" of the vessels of the placenta go into depth in the uterus. We must make a premise on how the uterus is made up. From the inside there are three layers one mucous, one muscular and one serous. In normal placental implantation, the mucosa reacts to the invasion by creating a sort of protective layer of the uterine organ. Placental invasion stops at that layer.

The most frequent of the three it is placenta accreta (about 75% of cases with placental implantation abnormalities), followed by increta (15%) and percreta (5%).

The three different situations imply different ways of proceeding with childbirth and afterbirth, now we will see which ones.

To date, the real causes of these anomalies are not yet known, but studies have found some risk factors, or situations that in theory can favor and / or increase the possibility that conditions of accreta, increta and percreta occur.

Basically there is no symptomatology that tells us that there is an accreta placenta (or the other two forms). It is a totally asymptomatic condition in pregnancy which, however, manifests itself in childbirth with high risks especially for mom.

Diagnosis is therefore made primarily through echography, which shows a lack of separation between the uterus and the placenta and then deepened with an examination that is called Doppler and which allows you to see the vessels of the placenta where they are located. It is not an invasive examination, it is done during the ultrasound simply the type of detection is different from the ultrasound one, the ultrasounds have a different purpose than just viewing the baby.

Being a condition that cannot be found until the placenta has completed its implantation on the uterine wall, it is not preventable, however prevent complications (even serious) for the mother and the child.

Il risk the largest for the baby concerns premature or preterm birth, in fact very often this type of placenta does not allow to reach the term of pregnancy. Even the presence of bleeding in the third trimester of pregnancy (from the seventh month) they can make you think of this type of placentation and therefore those who follow you during pregnancy will take care of giving you drugs and putting you to rest to try to continue the pregnancy as much as possible.

The mother in this case is the one who risks the most because the placenta accreta exposes to a high risk of unstoppable bleeding (the deeper the invasion of the placenta, the higher the risk). This happens when during the afterbirth one realizes that the placenta does not detach and it is necessary to intervene with a manual detachment or with surgical intervention. For this reason, if the diagnosis of placenta accreta (or increta / percreta) is known, it is often evaluated whether spontaneous birth is actually indicated.

Treatment and type of delivery

As there is no prevention, very often there is no effective preventive treatment of the consequences other than the surgical option. Together with the gynecologist who diagnosed placenta accreta, the risks for mother and baby will have to be assessed and the type of birth and what consequences will have on the uterus to be decided.

If the placenta accreta is partial (i.e. only one part is accreta, the other is normally inserted) it is possible to consider the option of spontaneous birth and manual afterbirth, i.e. the manual detachment of the part of the accreta placenta. It is honestly a very rare option, often in these cases it is preferable to deliver the baby with a caesarean section because with the uterus open you also have a better view of the placenta.

If the placenta accreta is total or if it is increte and percreta, even more drastic interventions must be evaluated. The birth will almost certainly be a cesarean and sometimes it can happen that it is a demolitive cesarean section. Depending on the mother's intentions to have other children or not, and depending on the situation of the placenta, it will be decided whether to remove the uterus or not. The closer a placenta gets to the percreted placenta, the higher the likelihood that it will be necessary.hysterectomy, or the removal of the uterus. It is a rather drastic and difficult solution to consider, but be aware that surely the gynecologist and surgeon will evaluate all the available options before arriving at this one.

I realize that it is not easy to accept that there are cases of this kind, and I also realize how mothers who receive this diagnosis can feel. However, I always recommend that you trust and rely on the gynecologist who follows the situation, he will certainly be able to advise you on the best and safest option for you and your baby.

Audio Video Abnormalities of the placenta, the midwife explains what they are and how to intervene
Anxiety and depression: can antidepressants be taken during pregnancy? ❯

add a comment of Abnormalities of the placenta, the midwife explains what they are and how to intervene