Adoption for singles, when is it possible? 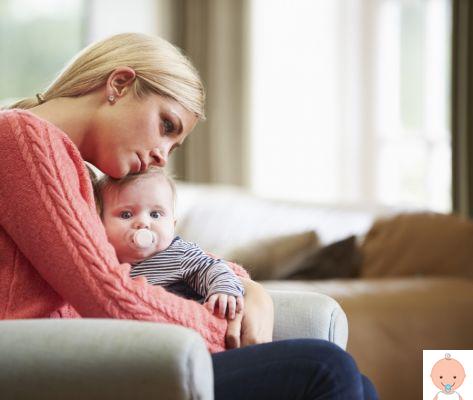 Because according to the law el paesena una donna single would not be able to love and be a point of reference for a child? We live in a society that often forces us to live with the idea of ​​loneliness, autonomy, individualism, but which is not yet able to accept "a different and alternative idea of ​​family" created in any case by the will to give love and raising a child to love and sharing. Many wonder if it is possible to legitimize theadoption to singles. The DDL adoptions, which also wanted to open the possibility of adopting a child to homosexual couples and singles, has been postponed to a more profound reform of the law on adoptions to be discussed in the coming months, but something has moved anyway in recent years.

Adoption to singles in the country

La law governing adoption, both national and international, is 184 of 1983. Article 44, which somehow regulates the exceptions to the rule, (only married couples can adopt) says that in cases of stable and lasting relationships between those who want to adopt and the child, in case of severe disability of the orphaned minor and in case of impossibility of a pre-adoptive foster care, it is possible to judge a single suitable for adoption.


In practice, this small opening allowed, in 2005, a single woman from the village to turn to the Constitutional Court to ask for the possibility of adopting a Belarusian girl with whom she had established a consolidated relationship of affection and coexistence for years and who needed to undergo urgent and timely medical treatment. In that case the Court ruled for theadmissibility of the application of international adoption.

The Court opened the possibility for singles to adopt a child in the following cases:

The Constitutional Court itself, in 2022, invited the legislator to broaden the admissibility of adopting a minor.

And the recent reform on affective continuity it helps to increase the chances, for a single person, of adopting a child who is orphaned by mum and dad and provided that he has established a continuous and lasting relationship of affection with him. This derogation therefore opens up the possibility of adopt a minor even to singles who were entrusted with it.


Read also: How to become a foster parent

I entrust to singles

In the country it is possible to request thefoster care of a child by both unmarried couples and singles. The foster care presupposes the possibility for an adult to temporarily take care of a minor who is in difficulty and who must be removed from his family of origin, who is not currently able to take care of him and with whom he must in any case maintain emotional relationships and in which his return is expected sooner or later.

In order for a single person to apply for custody of a child, they must demonstrate that they have adequate space in their own home to welcome the child, commit to maintaining relationships with the family of origin, and be able to follow the child in a part of his / her path to help him develop its potential.

The custody lasts to the maximum two years, which can be extended if the family of origin has not resolved its problems or can prove that it can take care of the minor.

Very often singles are involved in the forms of part-time assignment, that is, those that provide that the minor, who lives in the family of origin or in the community, can spend the afternoons or weekends in a welcoming and peaceful environment.

To start, just inquire at one of the national associations that throughout the territory deal with acting as intermediaries between people who wish to take care of a child in difficulty and minors: you can find an association close to your home on the website of the National Fostering Table. .

Adoptions to singles how to do it

If you want to adopt a single child it is important first of all to contact a good lawyer who can follow the entire legal process. It is good to remember that in the country you can only adopt a minor who is orphaned of both parents with whom you have established a lasting and stable relationship of affection and coexistence and that the request must be forwarded to the Juvenile Court of your city.

As mentioned, even the international adoptions they are governed by law 184 which does not consider non-displaced persons eligible for adoption. However, it is possible to apply for adoption in the aforementioned cases - therefore in the case of a minor's handicap, in the case of a child orphan of both parents who has established with the single person a deep relationship of affection and cohabitation prior to the death of the parents, or in case of impossibility of pre-adoptive custody.

L'international adoption by a single it can therefore be admitted by the Juvenile Court in these cases and remains, in any case, subject to the condition that in the country of origin of the child the adoption is admitted by unmarried persons and to the authorization for adoption, in the specific case , by the authorities of the country of origin.
The situation is different for those who go abroad and manage to adopt a child. In this case, once you have returned to the country, you will have to ask the Juvenile Court for recognition of the decision taken by a foreign state and legitimize the adoption. In these cases, as in all those involving the adoption of a minor by an unmarried person, the adoption is approved as "adoption in special cases".

This is what happened some time ago to a single Sicilian woman who had adopted a child in Zambia and who once returned to the country had requested the ratification of the adoption to the competent Court. The judge declared the adoption sentence pronounced in Zambia effective because, in the light of the findings and verifications, a consolidated and lasting mother-child relationship had been established between the woman and the child.

Adoption to singles in Europe

In other countries, such as Spain, France, England and Portugal, it is possible to adopt a child even if you are not married. A few examples:

Audio Video Adoption for singles, when is it possible?
International adoption: the procedure to be followed, the costs and the authorized entities ❯

add a comment of Adoption for singles, when is it possible?