All about the blood group of children 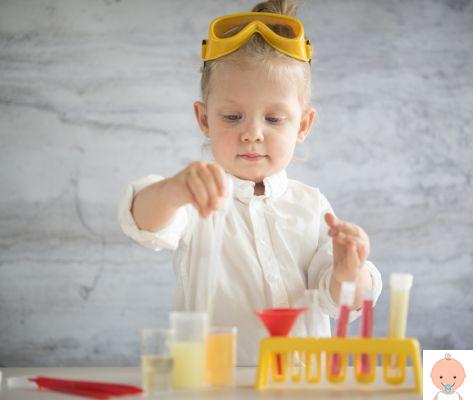 Il blood group it is one of the many characteristics of an individual and is genetically determined at birth based on contributions belonging to both parents. It is classified according to the presence or absence of some antigens on the surface of red blood cells.


There are two substances on the red blood cell membrane (glycolipids) named A and B and defined as “erythrocyte antigens”. The presence of substance A on red blood cells defines the subjects of group A, lto substance B those of group B, the simultaneous presence of both, the group AB and the absence of both group 0 (group zero). Four blood groups are thus distinguished: A, B, AB e 0. Group A is in turn divided into A1 and A2; about 80% of A subjects are A1 and about 20% are A2.

In 1940 it was discovered from Landsteiner and Wiener a new one antigens called "D" which was named factor Rh. Later, other antigens named C (C large), c (c small), E (E large), and (e small) were discovered which together with the antigen D (D large) form the Rh system. The most important antigen is D which is present in about 85% of subjects. The d antigen (small d) was not found, so subjects presenting with D are defined as Rh + (Rh positive), subjects without D antigen are defined as Rh - (Rh negative). There are some subjects in which the D antigen is very weak, to the point that it cannot be revealed except with particular methods; these subjects are defined Du. The antibodies of the Rh system are immune antibodies because they are formed following exposure to an antigen. The two main mechanisms by which immunization is determined are blood transfusion and the passage of red blood cells from the newborn to the mother.

In the past thereincompatibility of the Rh factor between mother and child it was considered a rather serious complication of pregnancy. Now, thanks to specific tests and routine therapies, the situation is easily solved. In about 85% of people, red blood cells have the Rh factor which allows the blood to be classified as Rh positive (+); when this factor is absent, the blood is defined as Rh Negative (-): it belongs to one or the other category from the moment of conception based on the characteristics inherited from the parents.

If the mother is Rh- and the father Rh +

In the event that the mother is Rh - and the father Rh + it is possible that the fetus inherits the Rh factor from the father, finding itself having a blood incompatible with that of the mother. This incompatibility it can cause problems when the two blood types meet, because the mother's blood begins to produce antibodies to fight the foreign factor.

If the mother is at the first pregnancy  the problem does not arise because the placenta it constitutes a valid barrier between the mother's blood and that of the child. If, on the other hand, the mother is in her second pregnancy or has had an abortion, her blood may have already come into contact with incompatible blood and therefore produce antibodies capable of attacking and destroying the baby's Rh + red blood cells. They can therefore occur three situations:

In the latter case, one is required nucleoside that prevents maternal blood from damaging the fetus. The risk is that a serious illness will arise, theerytroblastosi fetale (o haemolytic jaundice of the newborn), which can have very serious consequences for the child. In this case, the mother and the fetus must be monitored and monitored continuously, any disease is diagnosed and followed up with periodic ultrasound scans and, if necessary, it is necessary to resort to transfusion of blood in the uterus and an anticipation of childbirth. After birth, the newborn undergoes intensive care which sometimes also includes global blood replacement.

To prevent such problems it is necessary to identify the blood group and the Rh factor in early pregnancy; in case of incompatibility between the blood of the mother and that of the child, a periodic is carried out specific test (Coombs test) which allows to identify the presence of any antibodies harmful to the child and therefore to treat erythroblastosis in time.

It is also important that in such cases the Rh prophylaxis immediately after delivery, but also in the event of voluntary termination of pregnancy, spontaneous abortion and after any diagnostic procedure that involves the risk of contact between maternal and fetal blood (villocentesis, amniocentesis, funiculocentesis).

add a comment of All about the blood group of children