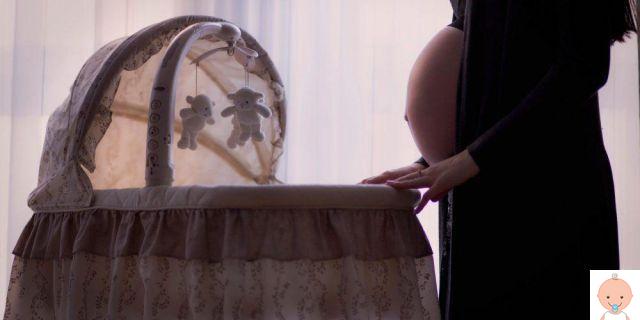 Keep "cot death" at bay certainly not a tempting topic, especially if you are living there gioia to have your little one a casa or if it is close to the big day. But it is an important issue and you have to prepare well because troubles can be avoided.

The syndrome of sudden infant death (also called Sids, acronym that stands for sudden infant death syndromeThe "cot death") Fortunately it is a rare event. In the first year of life, however, it can happen that, unexpectedly, a neonate apparently healthy die in sonno. The Sids it is, to date, the leading cause of death of children born in good health.

But don't be terrified. The "cot death"You can to prevent so:

1- The child must sleep bench press (belly up).
2- Not to smoke at home, especially in the environment where the little one stays or sleeps.
3- The room in which he rests must not be too hot, he must not be excessively covered and must sleep away from heat sources.
4- In case of temperature, il neonate must be covered less.
5- It is recommended to do so sleep in the parents' room, but in his own baby cot.

6- The use of pacifier is considered today an attenuation factor of risk.

Since it was discovered what to do sleep the child a belly up can prevent the syndrome, cases have decreased significantly.

Read well though: between the episodes of Sids that still occur, the percentage of those that occurred among children of women who smoked during the pregnancy increased significantly. Passive smoking can also increase the risk of sudden infant death syndrome: one more reason to avoid lighting one cigarette in the presence of a woman pregnant.


several studies conducted in England in the 90s showed that the passive smoking, before and after birth, can determine the onset of "cot death“, Since the cardiac and nervous activity of a neonate who was exposed to tobacco during the gestation it is different from that of a child who has never "breathed" the smoke area of cigarette. Think about it ...

add a comment of An important step: keep "cot death" at bay