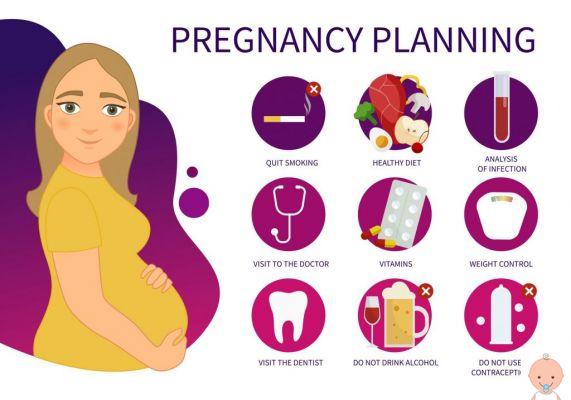 It is now well known that a pregnant woman must keep her state of health under control to safeguard the health of the baby and ensure adequate development and growth. Anemia, that is, a deficiency in the amount of iron in the body, it is very frequent in pregnancy, so much so that in the scientific world the question of the need to systematically administer supplementary iron therapy during pregnancy through supplements is still open.
Some studies have shown, in some populations, percentages up to 80% of anemic pregnant women. During the nine months of gestation a woman needs a greater quantity of iron which, if deficient, can also cause risks for the fetus.

The test that makes it possible to diagnose a lack of iron is that of sideremia. The diagnosis is made on the basis of hemoglobin values ​​below 10 mg / dl but it is above all the ferritin to provide a parameter that allows us to better define the situation because it indicates the valence of iron deposits in the body.

Anemia sets off the moment the body's cells begin to blush lack of oxygen. In this case, the body's defenses are weakened, which becomes more vulnerable to disease and shows a lack of energy. The anemic state is usually a consequence of an inadequate dietary intake, especially in very young mothers, of a previous pregnancy or normal loss of iron with menstrual blood that is close to the amount normally consumed in the diet in a month.

This clearly prevents iron deposits from building up in the body. Studies have associated anemia in new mothers with postpartum depression as well as a decline in the memory of pregnant women. But, as already mentioned, iron deficiency can also be a serious danger for the child. In fact, if the reserves are low, the additional demand for iron due to the rapid growth of the baby, during the last months of gestation, can lead to a state of deficiency. potentially able to slow the brain growth of the unborn child.

Not only. According to a particular study recently presented at a US conference, iron deficiency could break the emotional bond with the newborn with the result that the child, growing up, would prove colder and more detached towards the mother. To deal with fatigue and free yourself from the sense of exhaustion induced by anemia, but above all to reintegrate the body with the quantities of iron necessary to face pregnancy, it is necessary to follow some important precautions by asking your doctor for advice.
It is very important for example to take foods rich in iron, such as veal liver, eggs, green leafy vegetables, dried fruit, strawberries and cherries.
Spinach is to be avoided that despite being a type of green leafy vegetable, they contain oxalic acid, a substance that hinders the body's absorption of iron, but also dairy products and carbonated drinks. On the other hand, a substance that favors the absorption process of iron is vitamin C therefore it is good to take it in abundance.
Another food rich in minerals and completely safe for the fetus is nettle which can be taken as an infusion or herbal tea at any time of the day. If the anemia does not resolve, or at least reduce, by taking these foods regularly, it will be necessary to resort to supplements and in the most serious cases the gynecologist will prescribe specific drugs.
It must be said that according to recent research developed by Japanese scholars, in women suffering from anemia there would be a lower incidence of gestational diabetes, a complication that can be very dangerous for both mother and baby. Another form of anemia that should not be underestimated is that of folic acid deficiency. In fact, during pregnancy there is an increase in the need for folic acid. For this reason, a deficiency can arise during the nine months which is very dangerous for the health of the fetus because it can cause problems in the development of the brain and spinal cord. Among other things, folic acid deficiency increases the risk of spina bifida. To avoid this risk, many gynecologists prescribe folic acid supplements to mothers to be taken from before conception and for the entire duration of pregnancy.