Anti-abandonment seats: no obligation from 1 July 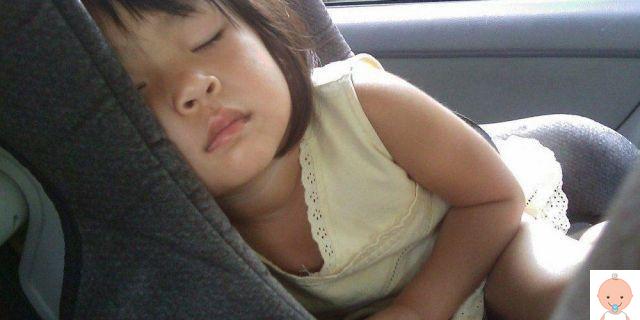 It had been presented as a revolutionary innovation, an indispensable measure to avoid the danger of forgetting babies in the car. In short, a way to save small lives. Many announcements, a date, funds allocated to facilitate the purchase. Then? What happened to the legislation for anti-abandonment seats? Paradoxically it was ... abandoned. With the consequence that we parents are no longer obliged to equip ourselves by 1 July 2022. Hopefully, the law will come into force towards the end of the year.

It all started last year. After yet another dramatic case in the country of a newborn who died in the car because "forgotten" under the sun by a parent, the government had decided to intervene. The solution seemed to be to make the use of anti-abandonment devices mandatory in the car. All the political forces agreed on the validity of the provision and the law 117/2022 was reached.

The law, which entered into force at the end of October 2022, therefore imposed the obligation to equip oneself with this important life-saving system in the car. The date set was that of 1 July 2022. But according to what Altroconsumo, the consumers' association says, this is no longer the case and the postponement is certain.

Anti-abandonment seats: the reasons for the postponement

Law 117/2022 had not defined the technical characteristics that the new anti-abandonment systems must have. These had to be fixed by an implementing decree that had to be done by the Ministry of Infrastructure and Transport within 60 days from the implementation of the law, ie by December 27, 2022. But this was not the case.


Following the reconstruction of Altroconsumo, a draft text arrived on 21 January 2022, not a real decree. This text was sent to the so-called Tris office, the European Commission's information system on technical regulations. It is the place where the conformity of products with EU regulations is checked. It was supposed to stay there until April 22, but it's still there. Due to an extension, he will stay there until 22 July.

Will it then be ready? Not at all. The ball will then pass to the Council of State which will have to give a positive opinion. Only then can it be published. From that moment, it will take 120 days for the legal provisions to come into force. Doing two calculations, we talk about it no earlier than November 19th. Well beyond the deadline of 1 July.

The choice can essentially fall on two types of products:

The universal system can be added to a car seat already in use. Imagine it as a kind of cushion that you put under the seat. It is equipped with sensors that trigger one or more alarms if the child is left seated when the machine is already off. The integrated seat, on the other hand, already has the anti-abandonment device in it. At the moment, only a few Chicco and Cybex models are available in the country.

Anti-abandonment seats: which are the safest

The problem is not insignificant. Given that the ministry has not yet made it known which are the technical characteristics that these seats must have, it is difficult to say which are the safest. Even the manufacturers are on stand-by: it would make no sense to produce child seats that then do not fall within the safety parameters set by the ministry because they would be "outlawed".


Another question concerns universal systems. They have several advantages: they can be used on any seat we have, without having to change it, and also pass to the younger brothers. The problem is that they cannot be recommended by manufacturers until there is a ministerial decree. Theoretically, any object that is not an integral part of the seat could make it less safe and therefore companies cannot yet unbalance themselves.

How the anti-abandonment seats work

There are two main operating mechanisms, but the principle is the same: to warn the driver of the car that the child - silent because he may be asleep - has remained seated in the seat when the car has been switched off. Sensors placed directly on the seat trigger an alarm immediately, before the parent gets out. In this way, abandonment is almost impossible.

Other systems, on the other hand, are connected to the smartphone. That is, they send an alert message to the phone via app or bluetooth. However, this happens when you have already moved away from the machine. In this case, the settings of the phone, its charge and network coverage are very important.

What is Dissociative Amnesia

We cannot even remotely imagine what a father or mother feels when they lose their child because they are forgotten in the car. In summer, the passenger compartment reaches very high temperatures in a short time. A trap for the little ones. In addition to the pain, often these parents - who ended up in newspapers and TV in spite of themselves - are also accused of having been distracted because "it is impossible to forget a child in the car". But it is not like that.

It's called dissociative amnesia and it's a real blackout of the mind. A "short circuit", almost always caused by a strong stress, which makes you forget even the simplest things. It is a loss of the notions of time and memory. The person is unable to remember what happened within a few hours.

It can happen just when we don't expect it, like when we accompany the baby to the nursery before going to work. A simple gesture, a daily routine, which can turn into tragedy. So what to do to avoid it? For example, it may be helpful to keep the baby changing bag in the passenger seat next to your own. It will serve as a "reminder". Or you can get used to checking all the seats before getting out of the car.

And then remember one fundamental thing: NEVER leave a child alone in the car. Not even for a few minutes.

Car seat, how to choose the right product ❯

add a comment of Anti-abandonment seats: no obligation from 1 July