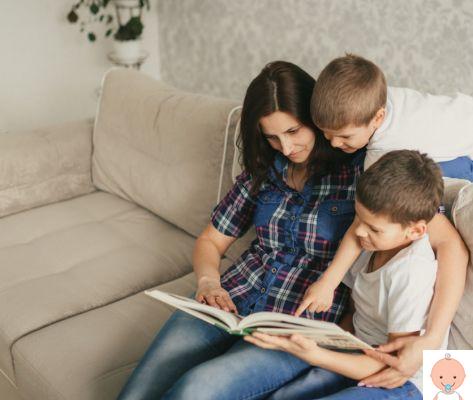 Carnival is about to arrive and after this period of celebrations and great revelry at the table begins a period of approach to Easter, characterized by greater austerity. The Ash Wednesday it is celebrated 46 days before Easter, 40 if Sundays are excluded, it would be a day of abstinence and fasting to follow the dictates of the Church but the rite is less and less practiced. Ash Wednesday explained to children, how to tell the story and traditions of this day to the little ones.

Why is it called that

During the Mass on Ash Wednesday, the priest places on the foreheads of the faithful of the blessed ash which was obtained by burning the branches of the olive tree blessed on Palm Sunday of the previous year. Why the ash? Because it symbolizes the precariousness of earthly life and they want to be a warning for the faithful to keep the commitments of Lent.

Therefore, with the expression Ash Wednesday or Ash Day or, more simply, The Ashes, in Catholic churches we indicate the first day of Lent, or the first day of the liturgical period in preparation for Easter.

Today all practicing Catholics should observe carnem levare, that is do not eat meat as opposed to the glories of Shrove Tuesday (the last day of Carnival, in fact, in which you can eat "fat"). In the Ambrosian rite, in which Lent is postponed by four days and begins on the Sunday immediately following (and in which therefore the carnival ends with "Fat Saturday"), the imposition of ashes takes place either on that same first Sunday of Lent or preferably the following Monday. The day of fasting and abstinence is instead postponed to the first Friday of Lent.

To be fiscal, doing Lent (if you are over 20 and in good health) means having only one meal a day and a snack. Many still have the habit of doing "foils", like when you were a child. There are those who choose not to eat sweets, those who smoke less, those who tell less lies.

Il count of days that separate us from Easter begins from Wednesday itself until the Saturday preceding Easter. In this period, commonly called Lent, remember the 40 days that Jesus spent in the desert in meditation and abstinence and was repeatedly tempted by the devil.

Rite of Ashes explained to children

There are many traditions related to this day. As normally happens with major religious celebrations, Ash Wednesday can also boast a series of curiosities, customs and particular customs reserved for this day. Starting with the name Cenerina (the masculine Cenerino is rarer), which in the past many attributed to those born on this day.

At the level of more or less popular customs and traditions, there are also numerous rather "transgressive" Ash Wednesdays, in the sense that this day is not intended as the first of Lent but as the final one of Carnival:

A selection of phrases and proverbs related to Ash Wednesday.

Months of pregnancy: what happens to mom and baby month by month ❯

Letter from a stay-at-home mom to her partner

add a comment of Ash Wednesday and Lent: traditions