Babies in the summer, how to help them sleep in the heat 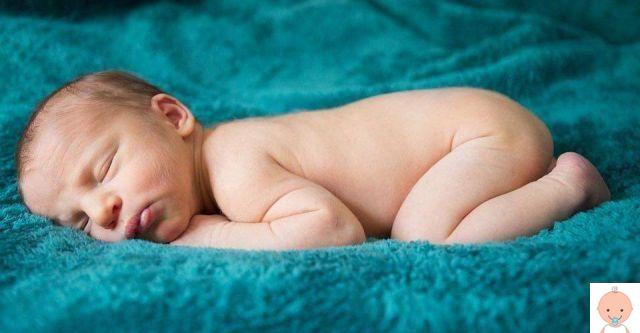 When the Sun cooks the city and there is no possibility of take refuge al sea or mountain, rest can become a problem for everyone. If we adults are already struggling to sleep, let alone if the same does not happen to little ones, which - for many things - are much more sensitive of adults. THE Infants in summer they can be a lot intolerant. But how to give it wrong, powerini?

The situation of the sonno may be worsened From mosquitoes (As fend we wrote it HERE), give her windows open that let in sounds e shine, By movements for the holidays, which can alter balance which, with i very small, can blow up in the middle second.

So here are some idea to to ease il sonno of the Infants in summer.

Let's start by 'clothing. Speaking of beautiful season, we have stressed the need di use for Infants (but also for the children in general) Abit they are in "Fabrics natural, which allow for better transpiration and do not favor the irritations. This also applies to the sleep.

If yours bimbo it's just just nato, yes to rompers whole, but made of cotton very light, who will keep it fresh even when sleep. If you opt for a pajamas a the two pieces (shorts e T-shirt), put gods socks very thin because i feet They tend to cool down always (a little bit what happens at hands).


Nude only with diaper? No thank you. Even if the temperature I'm really Saharan, always put a body or a tanktop di cotton it's a bed sheet very light (maybe of linen), which will not give any nuisance.

In pram or in the baby cot avoid using gods waxed mattress covers because they hold a lot hot. Rather simply choose them of sponge, able to absorb il sweat in case the small it should be "wet".

During the day, hold the windows closed so as not to enter Sun e hot: to the sunset, open everything wide in order to do freshen up the environments. There room where sleep il child must be areata e fresh. Which is very different from "frozen" from conditioner "a ball". There difference with l 'external it must never be excessive, but only of 4-5 degrees to the utmost. If you want to use it, cool the camera before area of sleep of the little one for then turn it off and you prefer the function dehumidifier: very often it is thehumidity to make the heat unbearable, more than the temperature in itself.


Il ceiling fan is not prohibited because after all it only serves a move theair, my no go may pointed on al child (and not even the adults, you know?): if it is sweaty, even a small one is enough current to provoke colds o hassle worst. If you have the pale a ceiling, keep them up to speed low.

If the Infants in summer I am particularly innervositi from hot and sleep they don't want to know, try making a bath lukewarm for refresh it e relax him a little'.

Another one straight is to use - for the whole period Summer and also for the Infants - the cot da campground instead of baby cot or of pram. First of all it doesn't need to buffer because the banks I am in fabric about soft and, even if "to roll”Left and right, the child would do nothing. Secondly, in most cases, the banks are traforate and then they let theair, making you feel less hot al bimbo.

The only one drawback of the sunbeds da campground and the mattress: in general, it is a lot bass nor particularly comodo. The solution however it is simple: just put one more often And that's it.

There is another appearance to keep in considerazione when it comes to Infants in summer: in this period ago dark more tardi and your child could do more fatigue a sleep. Here too comes ours suggestion, Or of to delay all outdoor of an'Now, not more: breakfast, lunch, nap, walk, bathroom, Dinner. In this way, the sleep will slip and the problem of light Sara solved.

Babies in the pool, yes or no? When, how and where to take them ❯

add a comment of Babies in the summer, how to help them sleep in the heat