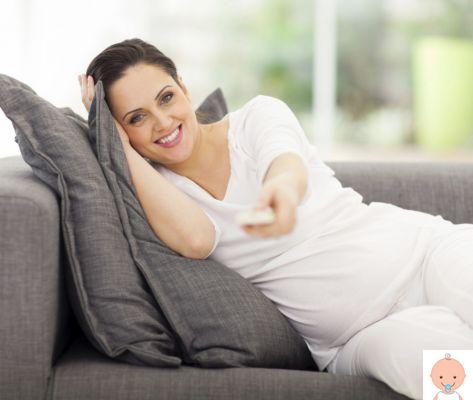 In America and Great Britain the fashion that has been spreading in recent years is that of choosing baby names from tv series. Games of Thrones, House of Cards, Downtown Abbey and other very successful TV series seem to be a source of inspiration for future parents who impose on their children the names of the most beloved and famous protagonists.


To photograph the phenomenon was theOffice for National Statistics British that has created a series of graphics cards to explain what are the new names that are in vogue in recent times and it is clear that serial addicts are inspired by their favorite series.

Reign supreme, it is appropriate to say, The throne of swords (Games of Thrones), a serial set in a fantasy universe where extremely brave women and good and evil heroes fight and live. In the last year, therefore, there are more and more girls registered in the registry with the name of Arya, Sansa (rather unfortunate queen, but with an undoubtedly tantalizing name) and even Khaleesi, queen of dragons.


Downtown Abbey is another very popular serial. The protagonists have classic names of the English tradition, so nothing extraordinary or bizarre, but until 2022, the year of the airing of the series, these names were relegated to the bottom of the list of those preferred by parents, while in recent years they have soared in top. And so here are many Violet, Edith, Cora and Rose which in 1904 were actually the most popular female names in the UK.

For males in Great Britain in the last year there has been an increase in the diffusion of Theon, Tyron and Bran, also in this case they are the names of the protagonists of the Game of Thrones families. The Starks, the Lannisters and the Greyjoys, in short, also fight at the English registry office for dominance since 2022.

In the United States, the trend appears to be the same, with an increase in original names or simply taken from the most followed TV series. An article in the Washington Post revealed that 20% of American new mothers were inspired by the characters of their favorite TV series to choose the name of the baby.

For males too Frank, name of the protagonist of House of Cards played by Kevin Spacey, has seen an increase of 19% and in the first place we find Jackson, also the protagonist of one of the most popular TV series for many years, Grey's Anatomy.

In short, there is no doubt that in Anglo-Saxon countries serial addicts look at their TV series with an inspired eye. In 2022 in the States Zoe, the journalist protagonist of the first two series of House of Cards, was a female name that experienced sudden and unexpected popularity, leaping to seventh place in the ranking of the most popular names and also Clear, the name of Mrs. Underwood, played by Robin Wright, had great success climbing to 49th place with a 19% increase over the previous year. In third place we find Olivia, inspired by the name of the protagonist of the series Scandal.

And many mothers are inspired by Grey's Anatomy since there has been a 35% increase in the diffusion of the female name Arizona and 30% of the name Callie, both protagonists of this highly successful medical drama.

The ugliest names given to children ❯

add a comment of Baby names chosen from TV series