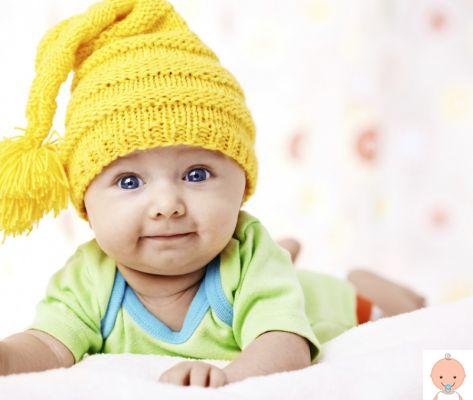 Choosing the baby's name is an important responsibility. The decision rests with the parents who try to wish their child the best in life by choosing a specific name rather than another.


Are you a book lover and your house is full of your favorite titles? Which ones have influenced your path? Why not choose for the born unborn the name of one of the protagonists of the great classics of literature?

We have selected some five from Sissy and five from boy, inspired by the most famous books for adults and also by some works of children's literature.

Tom , the name of the child in Mark Twain's book The Adventures of Tom Sawyer.

The novel by the American writer Mark Twain published in 1876 is a true classic of children's literature and tells the adventures of a boy who lives in the southern United States, in a historical moment just before the Civil War. The story, set in a small town overlooking the banks of the Mississippi River, is partly autobiographical.

In el village we have selected Mattia, as the protagonist of the famous book by Luigi Pirandello Il Fu Mattia Pascal, a novel that is still very contemporary, a great classic of literature and the countryside.


And if we want to give our baby a name that evokes heroic deeds and great courage why not choose Aeneas? The name of one of the great heroes of ancient literature. his story was told by Virgil in the Aeneid.

Among the female names we propose you Emma, named after the protagonist of the 1856 book Madame Bovary written by Gustave Flaubert. It is now considered one of the earliest examples of a realist novel.

And again, from the classics of children's literature here Alice, from the protagonist of Lewis Carroll's famous book Alice in Wonderland, e Matilda (or Matilde), the curious and very intelligent child, protagonist of the homonymous book by Roald Dahl.

add a comment of Baby names inspired by books