Betrayal and (re) betrayal: "Should I tell my partner that she is not his daughter?" 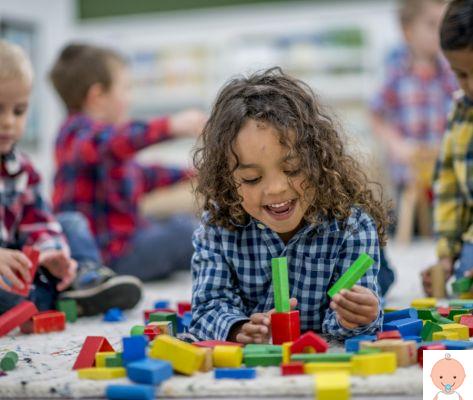 Confess a betrayal yes or no?

I find myself uncomfortable in posing my situation but I am convinced of definitely need an opinion arrived at this point ... I have always felt affection for my partner and in 2022 my baby was born.
He was not very present for his work and over the years they have been there some oversights for his part. When my daughter was conceived it happened during a relationship with the person I loved and she was leading a different life from mine ... and this secret haunts me from the moment of conception.


I have not yet confessed to my partner that our daughter belonged to another man since she would not understand the pain I have always felt inside and would leave me with many expenses to bear including hers !!! And my daughter's father is unaware that he is the natural father ... Currently the situation at home seems stable with my partner: we both have our jobs at different times, we talk to each other and I notice that he is unfriendly ... my daughter is growing up with the conviction that in the house there is a father figure even if it is not really his.
But for a few months now I have not lived anymore, it will be the guilt, will be that I miss my daughter's father and I'm not in love with my partner or perhaps the doubt of having underestimated the thing that no longer makes me live. I would like to expose everything to my partner, but I know that I should have done it a lot sooner and that today it would just be destroying a whole balance.

What can I do to overcome this difficult moment ... Despite the time frame that has elapsed Do I have to tell my partner about it and tell my daughter's father that she is his? I don't know how to keep acting, I'm going crazy. Please help me! Thank you

Betrayal always has reasons that can derive from feel bad together, From lack of love, From need to feel appreciated as a woman, as a partner ... all needs that a relationship may not satisfy.


Often a pregnancy is added to the betrayal, but to avoid it it is good to take precautions. When this is not the case, the unconscious desire for this eventuality becomes evident. But how come you choose to do not communicate immediately the state of things and continue a relationship hiding paternity from the real father? It is clear that this aspect should be analyzed and, consequently, evaluated what might entail getting rid of this secret.

And why right now and not before? That is, what needs have arisen in the meantime in life? The need to come up with the truth can come from many things, including one more desire for unconscious claim towards someone who is not what they were supposed to be.

But above all what torments the soul is the self-directed betrayal more than the other because an existence was led when it was imagined differently. The inner condition therefore greatly influences the state of mind and pours into the relationship as well as into life.

Talking about this to his partner would mean hurt him, discredit him, oust him and once again betray him despite the fact that he, even with his absence, did it in his turn and, probably, does it every day.

But you have to think above all of the little girl. What would it change for her? Maybe get confused with respect to an already structured and present family situation? Would the biological father look after and date her in the same way as the other? And how right it would be for her to become aware of a reality that she not only does not suspect but that is there would destabilize not a little about the reference figures? Even for her it would be a betrayal and in a delicate age like childhood may have many difficulties in regaining its balance.

Read also: Why not argue in front of the children

But the opposite is also true, in the sense that everything depends on the character of the child and how capable she is of processing the whole situation until she regains her serenity over time.

Secondly, one should understand the kind of relationship your daughter has with her father and if this could be for her a shock. The fact is that children do not belong to those who conceive them but to those who raise and care for them, those who give them affection and attention.

Moreover, one cannot predict the father's reaction or the other man, one could only hypothesize a radical change in your whole family history regardless of whether you stay together or not.

Taking a cue from this moment of his, it could reflect on his current needs that are hidden behind this malaise. Keeping a relationship standing for economic reasons or for fear of walking alone, means once again betray yourself and her own identity as a woman and as a human being.

Maybe it's time to take back his life, regardless of paternity, to find oneself as an individual with needs and needs met. What still persists is his way of postponing e don't take responsibility of one's life.

The other then does not become a companion but a support which, however silent, is there.

Labor: what oxytocin does for us and how to stimulate its production ❯

add a comment of Betrayal and (re) betrayal: "Should I tell my partner that she is not his daughter?"