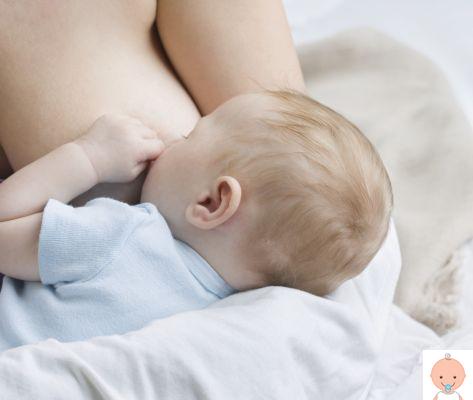 The moment of breastfeeding is very delicate for mothers. We try to be careful about what we eat to avoid annoyance and inconvenience to babies. But what about the contraceptive pill, how should you behave? Many postpartum gynecologists recommend taking a birth control pill for avoid immediate pregnancy, especially for women who have had to give birth by caesarean section. So here's what to know about breastfeeding and birth control pills.

A doubt arises for many new mothers: won't the pill hurt the baby? And often the reassurances of the gynecologist do not help much. Of course, you won't be able to take the pill you may have taken before, but you have to get a prescription third generation pill, which is lighter than the others and does not create problems for the baby.


Surely the gynecologist will be able to advise you right pill to take safely even if you are breastfeeding your baby. Also because during breastfeeding, even if your period hasn't returned yet, you could still get pregnant. And if you want avoid having a new pregnancy a few months after giving birth, the pill is the safest solution.

The pills that are usually prescribed in breastfeeding are the so-called minipill, that is, they contain only one hormone progestinico and do not perform a combined action. They are called:

One of the pills most used by breastfeeding moms is Cerazette, which contains only desogestrel, a third generation progestin, and is also known as the "mini pill". Its composition makes it compatible with breastfeeding.

Also Azalia is a minipill that can be taken while breastfeeding. It contains a small amount of desogestrel progestin and does not contain estrogen hormones. This pill works by preventing sperm from reaching the uterus. Unlike the combined pills, Azalia can be used by women who are breastfeeding.

Nacrez contains a small amount of progestin desogestrel and does not contain estrogen. However, unlike the other minipills, the dose contained in the pill is quite high from prevent the maturation of the egg cell and therefore guarantees a high contraceptive efficacy. It can be used in breastfeeding women but under careful medical supervision.

New mothers are then prescribed the minipill, which does not contain estrogen but only progestin. It is a pill that eliminates ovulation. And like the traditional pill, it must be taken at the same time each day. The only difference is that you don't have to take a week's break between periods, as the minipill completely blocks the menstrual cycle. There might be some slight losses during its use, but it's all about spotting.

After giving birth, you can start taking this pill as early as day 21. The pill does not adversely affect the quality and quantity of breast milk and does not interact in any way on the healthy body development of the child. So new mothers who want to restart having intercourse with their partner and want to avoid a new pregnancy can rest easy.

Only the minipill then that progestinica it is suitable and safe for women who are breastfeeding. Studies conducted in this regard have shown that the hormone contained in the pill does not interfere neither with the production of breast milk, nor on its composition nor on the development and health of the baby, so there are no contraindications. On the contrary the combined estrogen-progestogen pill it is not indicated because estrogen can reduce milk production and deteriorate its quality.

Does Breastfeeding Pill Make You Fat?

The widespread belief is that the birth control pill does put on weight certainly it can modify the metabolism and promotes water adhesion, with consequent water retention, but it is a temporary effect and certainly less noticeable when taking the minipills, which are lighter.

Audio Video Breastfeeding and birth control pills, all you need to know
Breastfeeding twins: not a "mission impossible" ❯

add a comment of Breastfeeding and birth control pills, all you need to know