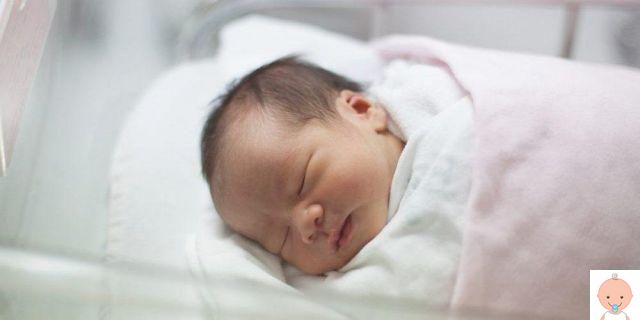 In winter, one of the main fears of mothers of newborns is called bronchiolitis, a respiratory disease that occurs more frequently with the cold, worrying parents at the first hint of a cold. We do not always have to be alarmed, but talking about it with the pediatrician is undoubtedly the first thing to do, especially if we are dealing with very young children, premature babies or with chronic diseases. Let's find out everything about this disease and, in particular, learn how to avoid contagion by following the advice of doctors of the Bambino Gesù pediatric hospital in the city.

“Bronchiolitis - explains Renato Cutrera, head of bronchopneumology in the Roman hospital - is a viral disease that affects children under two years of age. There are many viruses involved, but the main one is called respiratory syncytial virus. It is a virus that is particularly active in the northern hemisphere - therefore also in the country - in the winter period, with a peak that can vary between December and February. The infection affects most children and thus becomes endemic. At the age of three, all or almost all children are already positive for antibodies against this virus ".

The other viruses that can cause the disease are very different: influenza and parainfluenza viruses, adenoviruses, metapneumoviruses, coronaviruses, rhinoviruses are some of them.

The infection affects the bronchi and bronchioles causing inflammation, increased mucus production and obstruction of the airways.

The main symptoms are:

Coughing tends to get worse gradually, as does difficulty breathing well. The baby takes short, quick breaths, and rib retractions may also occur.

In babies under 6 months, there is often a drop in the level of oxygen in the blood (saturation) and they can become dehydrated easily due to difficulty in feeding. In infants less than 6 weeks old, there is a high risk of apnea, that is, of a prolonged interruption in breathing, a potentially dangerous event.

Contagion and duration of bronchiolitis

The spread of the virus occurs by contact with the infected secretion. The contagious phase lasts about 6-10 days.

In most cases, bronchiolitis is easily treated at home. Sometimes, however, hospitalization is necessary, especially if they are very young children who need careful monitoring. This disease is the leading cause of hospitalization under one year of age.

Bronchiolitis can be more serious in some cases:

In these situations, the pediatrician usually suggests going to the emergency room.

You should go straight to the hospital if you notice very severe breathing difficulties or if your child has a cyanotic (bluish) color on the fingers or around the lips.

Babies who do not have severe breathing difficulties, have satisfactory saturation (greater than 94%) and eat normally are usually cared for at home. It is essential to keep the nose clean, then do frequent nasal washes and aspirate the mucus. Usually, aerosol with hypertrophic solution is also done. Sometimes bronchodilator or cortisone drugs are prescribed, while antibiotics are not indicated (unless the child is immunosuppressed or there is a doubt of a simultaneous bacterial infection).


The children admitted to the hospital are given humidified and heated oxygen and, if they do not eat, they are hydrated with drips.

Infants who contract bronchiolitis often struggle to feed well due to excess mucus and difficulty breathing. Meals should be divided: it is better to try to feed more often, but in smaller quantities, rather the opposite. This is to avoid dehydration which, especially in very young babies, can be dangerous.

How to avoid contagion

The advice of the experts of the Child Jesus (where between 1 December 2022 and last 3 January there were 279 visits to the emergency room for bronchiolitis, but the peak is yet to come) are clear and simple:

add a comment of Bronchiolitis in infants: causes, symptoms and prevention