Brown leaks, how to interpret them and when to worry 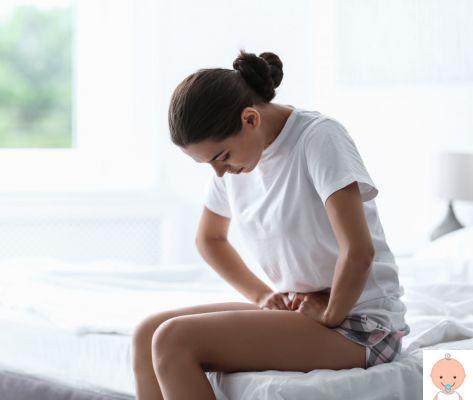 The universe of vaginal discharge is very large, they are often a cause of concern for many women and brown discharge in particular is difficult to understand. What do they mean? How to interpret them taking into account the different physiological ages and the relationship between women and fertility linked to it? Unlike white losses which are often physiological, brown losses in pregnancy, but also those in menopause or before the period must be correctly interpreted in order not to fall into unnecessary worries, or, on the contrary, underestimate important signals that the body sends us.

Also Read: Pregnancy Leaks: When Are They Worrying?

Brown leaks. What are?

What are brown leaks and what do they depend on? Brown losses are vaginal secretions blood type. These traces of blood remain in the vagina for some time, being small and non-invasive: therefore they acquire the typical brown color due to oxidation. They are blood loss often not related to medical problems but to stressful conditions. However, it remains essential to keep in mind the period in which these brown losses occur because it makes the difference with respect to their meaning.

Brown discharge in pregnancy, why does it occur?

Le brown discharge in pregnancy they can be part of the universe of pregnancy symptoms and can indicate that the embryo has been implanted. This kind of plant losses in pregnancy they indicate that conception has taken place and may occur approximately two weeks later. They are modest losses, they do not hurt and do not cause discomfort: the losses occur as a cause of the implantation of the egg which, at times, breaks blood vessels causing the spotting.

Brown discharge in pregnancy: when to worry?

If brown discharge in pregnancy becomes severe and is accompanied by abdominal pain, see a doctor. Especially in the event that the color of the leaks changes from brown to red, it could be in the presence of threat of abortion.

Also the ectopic pregnancy it has mild bleeding among its symptoms and it is once again the amount of blood, its occurrence and color variations that indicate that something is wrong.

Read also: How to understand implantation leaks and distinguish them from premenstrual spotting

Brown discharge in menopause, what are the causes?

The causes of brown discharge in menopause are related to the low levels of estrogen present in the body. In fact, they occur mainly in the pre-menopausal period, when this hormone is still present in the body but not enough to cause a heavy menstrual cycle, or immediately after the loss of menstruation, within about six months.

Period Delay: 10 Reasons Why It Happens

The cycle skips or there is a delay. Here are 10 reasons why it can happen

Lo brown spotting in menopause it should be considered an alarm bell if it occurs more than 6 months after the end of the cycle. If the leaks are substantial, it is essential to call a doctor and find out why. They could be caused by a period of stress, by an ongoing inflammation or infection or, in pathological cases, they can become a sign of uterine cancer as reported by the AIRC.

Brown leaks during your period. Why does this happen?

Brown losses during your period can be linked to several factors. The first and most frequent are related to hormonal dysfunctions and alterations due to:

The organic causes of brown losses during the cycle could instead be attributable to:

Brown leaks in place of the cycle or after the cycle. Is it a symptom of pregnancy?

In general, if the brown spotting occurs before the period in a frequent way, it is good to go to the gynecologist for a check-up: if you exclude the environmental causes, the stress factors and the consequences of contraceptives and the spotting occurs in several cycles, it is it could be ainsufficiency of the corpus luteum (gland that produces progesterone).

In most cases, spotting does not have to alarm, but a more careful investigation always helps us to see clearly if the brown losses become persistent, abundant or if there is the doubt of being pregnant.

Losses after birth and foreman ❯

add a comment of Brown leaks, how to interpret them and when to worry