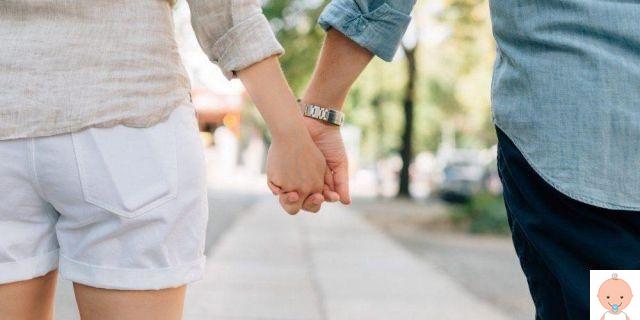 Calculating ovulation to get pregnant is one of the "tricks" to succeed first in the "enterprise" of becoming parents. In this way, you can have "targeted" unprotected sexual intercourse on the days when you are ovulating, giving you a few more chances to reach your goal: that of getting a warm bundle as soon as possible.

How to reliably calculate ovulation and therefore know which are those 5-6 days in which you are most fertile to get busy with your partner? It is something else than calculating the weeks of pregnancy, but it is not complicated at all. You just need to know a little more about your fertility.

How long does it take to get pregnant

Before understanding how ovulation is calculated, it is better to make a small but fundamental premise. It has been proven that only 25 percent of women get pregnant on the first try, while 60 percent of the good news comes within three months of unprotected intercourse. In general, however, it is more likely to become pregnant within a year of the first attempt. Why do we tell you this? So as not to despair if for a few months things do not go exactly as you think. And remember: stress plays right against you.

Why it is important to calculate ovulation

When looking for a pregnancy, knowing as accurately as possible the expected day of ovulation is important. Concentrating intercourse around this moment increases the chances of being successful and it is therefore worth trying to calculate ovulation.

Ovulation is a rather subjective event because it depends on the length of the menstrual cycle. Generally, the ovaries release the egg between the 28th and 14th day of the cycle. In the case of a regular menstrual cycle, that is, which always lasts the same length, the count is easier. In a XNUMX-day cycle, ovulation typically occurs around the XNUMXth. It is the peak of a woman's fertility. An opportunity that cannot be missed.

How long does ovulation last

Actual ovulation lasts for 24 hours. The fertile "window" is wider and lasts up to 5 days because 2-3 days before ovulation must also be included. When they are in good health, spermatozoa have the ability to stay inside the woman's body for a long time. Fertilization could therefore take place even a few days after sexual intercourse.

If the egg is not fertilized it will not survive. The endometrium, that is the mucosa that lines the uterine walls, had begun to prepare itself to receive the "product of conception" by creating the right environment, favorable for implantation and development, but considering that there was no fertilization, it begins to fall apart. Menstruation arrives and the journey begins again. It is the natural course of our menstrual cycle, from puberty to menopause.

One method of calculating ovulation is that of basal temperature. It should be measured with a special thermometer that you can buy at the pharmacy or in any case with what you have at home. The measurement must be made starting from the first day of menstruation or immediately after and the temperature measured must be marked with maximum precision (i.e. even with tenths of a degree). Take the temperature in the morning, possibly at the same time and after having slept several hours in a row.

In the follicular phase of the cycle, the temperature is lower, then it drops for a day to rise again in the so-called luteal phase. The lowering and subsequent rise in temperature indicate ovulation, confirmed after three days of higher temperature. This remains so until a few days before menstruation, when it goes down again.

In summary: if your cycle is ovulatory, the graph will be biphasic with a lower temperature in the luteal phase which then rises by about 3 tenths of a degree; on the other hand, if it is anovulatory, the temperature is constant throughout the cycle or has an irregular trend.

It is clear that the body's core temperature can be affected by several factors, such as a fever or cold, certain medications, or some vaginal infections.

Calculate ovulation with the sticks

Sticks, similar to pregnancy tests, can also be used to calculate ovulation and therefore the most fertile days. As in this case, they must be bathed in urine, which contains luteinizing hormone (LH). Its level increases significantly 24-48 hours before ovulation. But be careful: even if the stick is positive it is not certain that ovulation will certainly occur, especially after 35 years (on this topic we recommend Fertility: how it changes with age).

The reliability of these tests is quite high. You can start using them 3-4 days before you assume ovulation will occur. Use your morning urine, which is more concentrated.

Calculate ovulation by observing the symptoms

Ovulation presents itself with some very specific signs. Not everyone is there every month and not everyone can be seen physically, such as the increase in the level of luteinizing hormone LH and estrogen. Here is a list.

Calculate ovulation after a miscarriage

Calculating ovulation after a miscarriage or stopping birth control pills is not a very different from "normal" situations. In both cases, in a couple of weeks, ovulatory activity returns to normal and you can start pursuing your dream of being a mom!

Audio Video Calculate ovulation to get pregnant quickly
How to calculate the weeks of pregnancy? ❯

add a comment of Calculate ovulation to get pregnant quickly