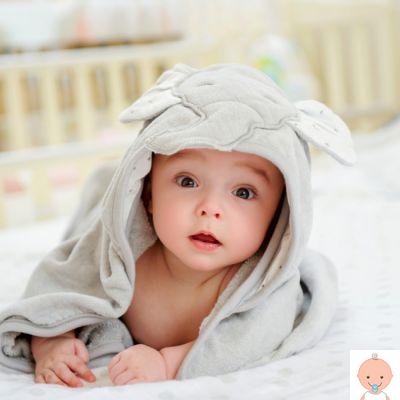 Carlo is one of the male name of ancient origin and tradition that has had great popularity especially in the royal families of all Europe: just think that in France there are ten kings bearing this name, in England an unknown number and Sweden has sixteen. Today we discover in this guide the origin, the meaning, the curiosities about Carlo name for child.

Although there are several saints and blessed who bear this name, most people celebrate the name day on 4th November in memory of San Carlo Borromeo, archbishop of the city and cardinal

Origins and etymology of the name Carlo

The name has ancient origins francone brought into Latin as Carlus or Carolus, but has its roots in the name Germanic Karl, based on the root Carl (meaning "male," man "and then also rendered with the broader meaning of" free man ".

Meaning of the name Carlo

As we said the meaning of the Germanic root Carl means "man"but over time its meaning has become broader and rendered with "free man".

Spread of the name Carlo

Carlo is a very common name in noble and royal families throughout Europe: from Carlo Martello to Charlemagne, the extraordinary popularity of this name has established itself over the centuries thanks to the deeds and deeds of the great sovereigns. In the village, however, devotion to St. Charles Borromeo also contributed to its spread.

According to ISTAT data relating to the most common names, the popularity of this name in our country is decreasing: in 1999, 7690 children were called Carlo and in 2022 there were 3766.

Personality of a child named Carlo

Carlo is optimistic by nature, he always sees life from the positive side and gives his best to achieve his goals. He is sociable and particularly appreciates human and cultural exchanges with those around him. He lives his life to the fullest and does his best to make it as original as possible.

Carlo is calm, composed, gives off a feeling of power and serenity. AND' necessary, responsible, tenacious and always works hard to achieve his goals. He is a hard worker, but at the same time he knows how to appreciate the pleasures of life and loves to have fun. Even in love he is not afraid to take risks if he thinks it is worth it.

Carlo is gifted great composure, he is unperturbed and rarely expresses their feelings.

What profession will Carlo make? He will certainly aim for a profound cultural enrichment, so he will love to study for a long time. His deep sense of responsibility may push him towards politics, but he can also be gratified by other professions such as lawyer, teacher, interpreter, salesman or merchant.

Carlo's character is similar to that of Libra. Known for his kindness, he is affectionate with his loved ones, he is sociable but still remains very suspicious of those he does not know. He is a sensitive man, constantly looking for balance and peace, refined and elegant.

Carlo is associated with the red, symbol of passion, triumph and warmth that also evokes hard work and strength. In addition, it is considered an invigorating and reassuring color.

If Carlo were a gem, he would be theAquamarine, a symbol of marital happiness and a stone that guarantees health and serenity to the wearer.

Carlo's lucky number is 3, a symbol of positive and creative energy and of people animated by profound optimism and positivity.

Who does not remember the refrain of this delightful song entitled "Carletto"? It was a song recorded in 1983 by Corrado and the little Simone Jurgens who had great fortune on television, even winning the gold record in 1983.