Carmen Russo becomes a mother at 53 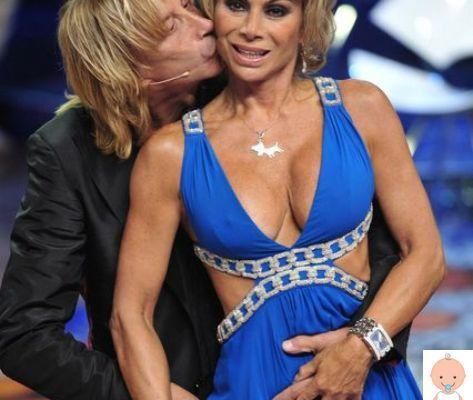 For many years she tried in vain to have a baby, and now at 53, Carmen Russo (LOOK AT THE PICTURES) she is expecting a child from her husband Enzo Paolo Turchi (LOOK AT THE PICTURES). The showgirl announced her pregnancy in an interview with the weekly Chi: "I am expecting a child from Enzo Paolo Turchi. We will become parents in March. I am in the fourth month of pregnancy". And imagining also the comments from who will say it is too big to become a mother, Carmen Russo added: "I know I'm 53, but what's wrong? This child is a gift from God".

READ ALSO: How to sleep well in pregnancy

And it tells about her journey to be able to get pregnant: "Enzo Paolo and I had been making attempts for a year, but it had always gone wrong, then in July the nice surprise. I had always had the desire to become a mother, but the baby did not want to arrive naturally, so I resorted to assisted fertilization (Read) ".

Still talking about her age, the showgirl said: "I know some people think that at my age I shouldn't have, but I wanted this baby with all of myself. In my heart I will do my best to live as long as possible, as long as I have air in my lungs. Who wants to kill my happiness come forward ".

And about the baby she is expecting she said: "We do not yet know if it is male or female, but we have clear ideas about the name: we will call it by the name of a saint to whom we are devoted". Finally he talks about his only regret: "I spent too much time at work, it would have been more loyal and more logical to think of a child ten years ago. But it is a positive event and I ask you not to judge my husband and me for this".

add a comment of Carmen Russo becomes a mother at 53