Carnival costumes for babies and children, the most beautiful 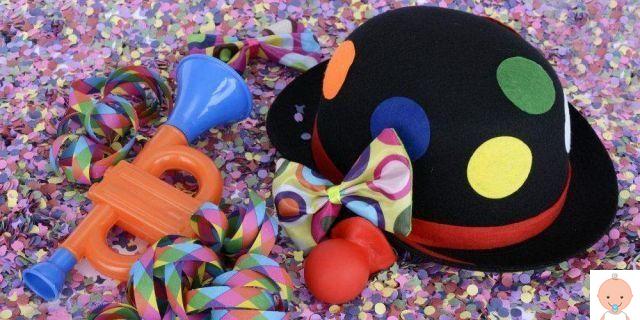 It is the happiest party of the year and is now just around the corner. The masks are already beginning to be seen around and the first confetti has appeared on the streets. Let's face it: it's hard not to get caught up in the Carnival atmosphere! And if you have small children, it's even easier. Are you looking for Carnival costumes for babies and children? We help you in your choice with a selection that we like a lot ...

Animals what a passion!

Let's start right away with a series of pets, which are usually always a favorite among the Carnival costumes for babies. The little ones seem even more "pacioccosi" and tender masked like this. Let's start with a classic: the bee. How to resist this bundle with yellow and black stripes complete with antennas on the head and wings? Available from 0 months to 1 year.

The appearance is certainly not the most ferocious, but the lion is another much loved disguise for the puppies of the house. It consists of a soft onesie and a headdress with a nice mane. The paws with the footprint are very funny. 6 to 12 months.

Let's move on to something less common. Among the Carnival costumes for babies and children, why not dare? For example, a "very scary" green and purple dinosaur. The one-piece suit also features a tail and hood on the head. Your baby's face will smile out in the middle of a row of "scary" teeth. He sizes from 6 to 18 months.

Mothers of sissies, a proposal for you! How would you see your big doll dressed as a white and pink bunny? It will look like a cloud wrapped in a plush jumpsuit. On her belly and under her feet she has a candy-colored velvet insert and on her hood there are ears with pink polka dot lining and a bow. A carrot-shaped rattle was sewn onto her arm. For babies from 6 to 12 months.


Among the newest animals on the Carnival market is the king of the courtyard, his majesty the peacock. It is a very special costume because of course it has a wonderful open fan tail with all the blue plush around. The hood has a beak and crest. An idea that is certainly innovative because at the Carnival of peacocks there are still not many around. Available from 0 to 24 months. 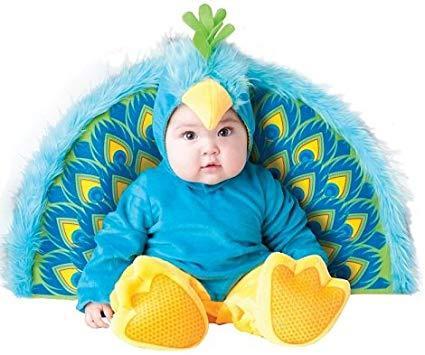 If you are a lover of the 101 Dalmatians you could instead opt for a little Dalmatian. The whole suit is literally covered in black spots, as in the best tradition of the Disney film. Including hood with two soft ears. The tummy is covered with white plush. This dress is good for babies from 3 to 24 months.

Let's definitely change the theme, let's leave the animals and see some alternative ideas of Carnival costumes for babies and children. What do you think of having a small convict with the typical black and white striped uniform at home? Well for sure it will not go unnoticed at a parade through the streets of the city. But beware of roadblocks: he could be wanted by the police! 0 to 24 months. 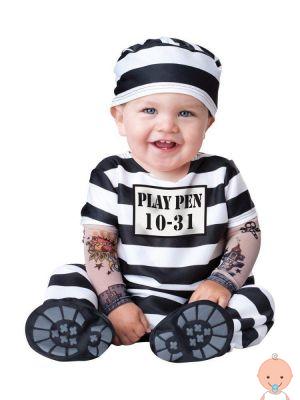 If, on the other hand, you aspire to a more important role for Carnival 2022, you could choose an emperor. A truly precious dress with blue and light blue chenille, laminated tulle and gold-colored brocade. With puffed sleeves, headdress and cape he will be ready to win who knows how many hearts. First of all that of his mother, ça va sans dire! Sizes from 3 to 18 months.

Too bad that there is no Masterchef for children because the uniform would be ready. Among the Carnival costumes for babies there is the chef one and it is delicious. Checkered trousers, white coat and chef's hat: nothing is missing to make this disguise plausible, available from 0 to 12 months.

We conclude this roundup with a dress in our opinion very simple, but at the same time really nice and suitable for the most rascal children: the chili pepper. A red jumpsuit covers them entirely and is complemented by a pointed green hood on the head. One size from 0 to 9 months. A new costume for a truly… spicy Carnival! 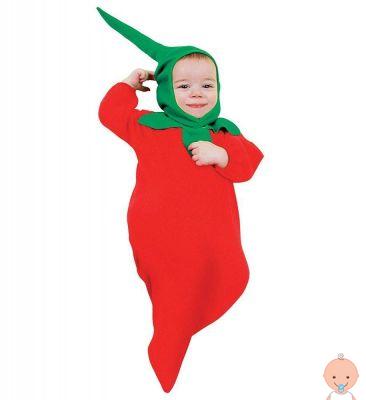 Sun creams for children, how to choose and apply them ❯

add a comment of Carnival costumes for babies and children, the most beautiful