Cesarean delivery on request: is it possible to do it? 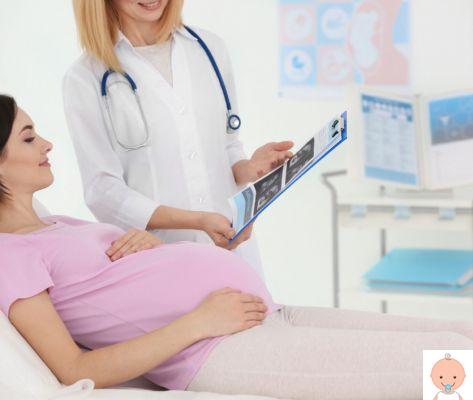 Is it possible to ask for a caesarean section?


And doctors are divided into two categories: who is inclined to consent and who, on the other hand, does not accept the sole idea of ​​giving birth with a surgical intervention by personal choice.

In the country the percentage of caesarean sections exceeds 38%, a figure far from the European average and above all from the 15% per year set by the World Health Organization as a national maximum.

But why are these numbers so high?


The percentage is much higher in private affiliated clinics and in the southern regions, which indicates that in many cases it is the doctors themselves who willingly accept the patient's request or even suggest it.

Un Caesarean section for a doctor it is easier: it allows you to set a date on your diary and perform a quick intervention which is now considered routine.

Nothing compared to the unpredictability of a natural birth that can also consist of long hours of labor and commitment, as well as possible complications.

And in some hospitals i maternity wards they are working to cope with the growing phenomenon of caesareans on demand. An example of this is the Sacco hospital in the city that followed the example of Queen Charlotte's and Chelsea Hospital in London to increasingly humanize the caesarean section: a gradual extraction, father present in the operating room and a newborn immediately attached to the breast .

But wouldn't it be more appropriate to ensure that all women who request it are able to give birth with an epidural? Painless giving birth nowadays should be an opportunity for all women who want it. But in the country the epidural is rare and often disputed.

I want a caesarean how to do?

We remind you that caesarean delivery is a surgical procedure and as such it is not risk-free and does not seem to entail any benefit either to the mother or to the baby.

A fear irrational, which is often caused by a lack of information and support for these women and which could be alleviated if childbirth preparation courses and relaxation and pain management techniques were promoted.

Read also: VBAC: antural birth after having a cesarean

But it is possible schedule a cesarean just because mom asks? Actually no.

The Ministry of Health has drawn up guidelines to regulate caesarean delivery. and in the document we read that

in the absence of contraindications, natural childbirth is preferable to caesarean for both the well-being of the woman and the child

And the document specifies that cesarean delivery can only be preferred in specific cases, Such as:

What is certain is that not all doctors are inclined to consent and to the request of a Caesarean by election in the absence of medical reasons, the doctor should speak with the woman explaining the pros and cons of a caesarean section, and propose the most common methods to overcome fear and pain.

If you really want to give birth with a caesarean, the advice is to speak immediately about your intentions with your gynecologist and possibly if he does not agree to comply with your request to change doctor.

Can I decide to have a caesarean section?

Therefore, it is not possible to obtain from your gynecologist to deliver the baby by caesarean section unless there are precise conditions that would indicate that this intervention would be preferable for the mother and for the baby. The advice, therefore, is to talk to your gynecologist about your expectations and concerns and to know immediately what he thinks about them and how he intends to move.

Cost of a caesarean delivery in a private clinic

If your gynecologist operates in one affiliated structure the caesarean section, which must in any case be motivated according to specific conditions and criteria, will be borne by the National Health Service and therefore in agreement, you will only pay for the extra days of hospitalization, if you want to stay in the clinic a few more nights, or a change of class if you want a room Single not to be shared with other patients. If, on the other hand, you want to contact one private clinic with no agreement inquire about the costs well in advance: in some cases they can be very high and even reach six thousand euros. Typically private clinics offer real ones birth-packages who, in a closed price, insert the items related to the hospital stay, the operating team, the pediatrician, neonatologist, etc.

add a comment of Cesarean delivery on request: is it possible to do it?