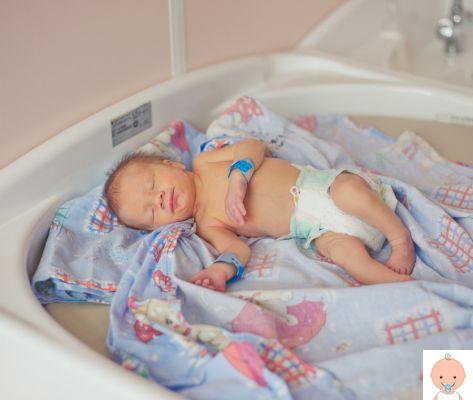 Il Caesarean section it is practiced in the country in almost 38% of cases and often without any real medical motivation. But what are the risks of Caesar deliveryo for the mother and the child and how are the surgery and convalescence carried out?

Caesarean section, how it works

Il Caesarean section it's a surgery for all intents and purposes, which is considered a routine intervention in hospitals and accredited clinics across the country. We see as it happens.

The surgery is carried out with spinal anesthesia which practically numbs the whole part of the body below the navel. The woman, therefore, remains awake and alert and can witness the birth of her child. The doctor makes a single incision through which she takes the baby out. After birth, the baby is shown to the mother for a few seconds and then taken to another adjacent room for routine operations. Meanwhile, the surgeon closes the wound with stitches and closes the dressing.

The whole takes approx half an hour and immediately after the operation the woman is taken to the room waiting for the baby to arrive.

The caesarean section is still a surgical intervention and as such it is not exempt from possibilities complications. Among the more serious ones we remember the deep vein thrombosis, a complication affecting the cardiovascular system and which must be treated immediately with appropriate therapies.

Just to minimize the risk, the new mother is sent to get out of bed as soon as possible and take a few steps.

Among other possible complications, albeit rare:

However, spinal anestia can lead to some problems in the following hours such as back pain, migraine, paraesthesia.

Risks and dangers of caesarean delivery

I risks for mom mainly concern:

However, it should be emphasized that the caesarean section remains one of the most practiced surgical interventions in hospitals in clinics and countryside and the safety and quality standards are quite high.

I risks for the child they can be:

Read also: VBAC: natural childbirth after having a cesarean

They do not constitute, instead, indications for the caesarean:

In any case, where a elective caesarean section the intervention will never be fixed before the deadline of the end of the thirty-eighth week of gestatione.

Immediately after the caesarean section, you are taken to your room where you stay in bed with the catheter, which will be removed only after having channeled. The effect of the anesthesia disappears slowly and after a few hours you can feel a lot of pain caused by the wound and by the surgery. The pain it is kept under control with analgesic drugs that directly spray the wound or that are injected at times by the nurse.

The advice of doctors, operators, nurses and those who have already been there is that of get up as soon as possible. At first the pain will be very strong, almost excruciating, but already if you get up and sit on the bed or move a few steps up to the chair you realize that it becomes more manageable.

In any case within three days you will need to be able to get up, get dressed and leave the hospital to go home and therefore it is absolutely possible to find the strength to get up the day after the surgery and walk a little.

Caesarean delivery, scheduled or urgent. How does it work and what are the risks? ❯

add a comment of Cesarean delivery: possible dangers for the unborn child