Childbirth and panic attacks: what to do 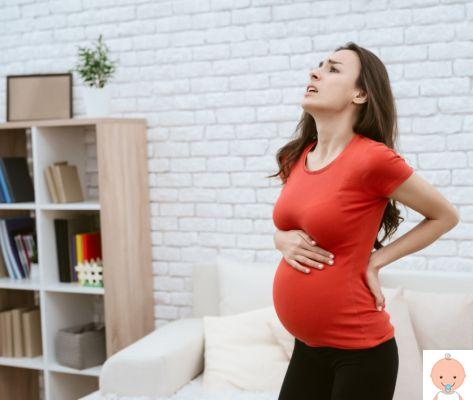 For most women, pregnancy is a particularly intense and exciting period of life, but there is no lack of stress and hormonal changes that can bring out feelings of psychological distress, as well as cause sudden mood changes. As we get closer to the date of delivery, the agitation and anxiety rise above all because we do not know what will happen and what we will encounter: this is why panic attacks are so common during childbirth. How to manage them and how to deal with them?

What are panic attacks

A panic attack is a feeling of extreme discomfort that manifests itself with physical and emotional symptoms, and is characterized by the onset of a very strong sense of fear and discomfort, as if you were facing an imminent danger.

Getting pregnant with panic attacks

Symptoms of a panic attack include:

According to some studies, the panic attacks during pregnancy could be associated with changes in the hormone levels; other evidence suggests that one hesitates genetic predisposition and that you would be more likely to suffer from panic attacks in pregnancy if other women in the family have also suffered from them.

What are the best treatments for panic attacks during pregnancy? In most cases, a combination of cognitive and behavioral therapies. Cognitive-behavioral therapy helps on the one hand to replace frightening and negative thoughts with positive and realistic thoughts, and on the other hand it improves awareness and reduces stress.

Relaxation techniques are also effective, including deep breathing which can help calm down during a panic attack and will prove invaluable during labor.

Certainly we must not underestimate this discomfort: it must be faced together with the doctor or a specialist to start life as a mother in the most conscious and serene way possible.

The fear of childbirth, called tocophobia, is one of the main reasons why a woman asks to give birth with a cesarean. In reality, the guidelines expressly suggest supporting the pregnant woman to help her face natural childbirth with awareness and serenity, making use ofepidural, but also to particular breathing techniques, autogenic training and visualization.

In agreement with the psychologist and the gynecologist, but also with the anesthetist, in the case of a diagnosis of panic attacks it is possible to evaluate the possibility of having a caesarean section with spinal anesthesia or of facing a natural birth.

How to cope with a panic attack during childbirth

When you arrive in the delivery room, the chances of developing an anxiety attack are probably at their highest because there are numerous factors and circumstances that increase the state of anxiety:

For this reason thehyperventilation and a panic attack are is extremely common.

The key is there prevention: arriving prepared in the delivery room, with all the right tools to be able to control anxiety helps to live this experience better.

How to manage panic attacks and anxiety

First of all, the anxiety and panic attacks last for a limited time and tend to exhaust themselves: often just committing to regaining control of breathing in case of hyperventilation, restores awareness and helps to calm the symptoms.

An isolated panic attack requires no treatment, while multiple attacks or episodes may require specialist intervention. The treatment options are different and will be proposed by the doctor on the basis of the individual case.

Sara suffers from panic attacks and since she got pregnant she has had to stop the drugs that helped her control her condition. During her pregnancy, she does yoga it helped her get in control and cope with childbirth.

Sara says she gave birth to her Leonardo by a natural birth and used the techniques she learned during the yoga class to breathe well.

I decided to listen to my body, to let my breath flow through a particular yoga breathing technique that I use when I am in trouble and a few minutes later the baby is born. Breathing, if done well, is miraculous. Word of those who have suffered from violent panic attacks and who had a natural birth.

add a comment of Childbirth and panic attacks: what to do