Children victims of the Holocaust, their testimonies 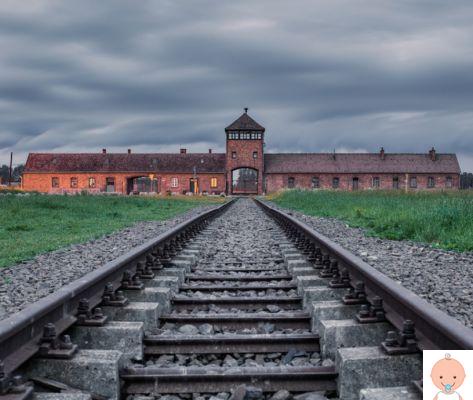 Children victims of the Holocaust

Il 27st January an international anniversary is celebrated to commemorate the victims of the Holocaust. And the Holocaust Memorial Day, an opportunity to give a voice to the survivors of the Jewish genocide, to sensitize the new generations and to remember what was one of the greatest and most terrible tragedies in the history of humanity. And on the occasion of the Day of Remembrance he wants to remember the children victims ofHolocaust, telling their stories and the testimonies of those who managed to survive deportations and concentration camps.

What does Holocaust mean? This word indicates the genocide of the Jews of Europe carried out by Nazi Germany and its allies in the second half of the twentieth century, a genocide that caused the death of 15 million people. Holocaust derives from the ancient Greek "burned entirely"And was originally used to indicate the purest form of sacrifice in Judaism, in Hebrew the more correct term for the Holocaust is Shoa, which in Hebrew means "catastrophe, destruction".

The shoah of children

It is estimated that over one and a half million children they were killed during the Holocaust, in concentration camps or in reprisals and deportations. They were not only Jews, but also Poles, Roma, Soviets and children of other nationalities who lived in the countries that were occupied by the Germans. Most of the small victims had less than 13 years because the larger ones could be directed to forced labor or be used as guinea pigs for medical experiments.

What was life like for a Jewish child during the German occupation?

The children who lived in the ghettos they often died for malnutrition, of cold or some disease because the living conditions inside the ghettos were on the verge of survival. A child could be arrested along with his family and deported to a concentration camp where, together with the elderly and sick or physically weak people, he was directly taken to the gas chambers, it could be killed immediately before the arrest or it could be used for work or for medical experiments, finally, those more fortunate could find refuge and protection thanks to some family member or neighbor who hid them.

In any case, children's lives during those years were terrible, difficult and extremely at risk.

The children arrived in the concentration camps after a very long time journey on the train where there were hundreds of people crowded together, in the dark and cold, unaware of where they were going. The railroad track reached right into the fields, and once the doors of the wagons were opened they were faced with the desolation of the snow, the shacks, the barbed wire and at the bottom the crematoria perpetually in operation, from which a nauseating smoke came out and unsettling. Men were separated from women, children, the elderly. The elderly, women and children were often taken directly to the crematoria, the larger ones being sent to forced labor.

Read also: Day of Remembrance, how to explain it to children

Many children, especially those with particular physical characteristics or couples of gemelli, were used inside the Nazi concentration camps for completely useless medical experiments without any scientific basis, and often these experiments caused the death of the little ones in excruciating suffering.

Irene, Rene, and her mother were deported first to the Theresienstadt ghetto and then to Auschwitz, where the twins were separated and used for medical experiments.

He was one of the most ferocious Nazi criminals Josef Mengele who in Birkenau set up a laboratory to carry out medical experiments on twins, in order to demonstrate the superiority of the Aryan race.

His terrible experiments were performed on Gypsy and Jewish children. Victim of his madness was also the el village Sergio De Simone, who died at the age of seven atrociously, in the basement of a school in Hamburg, after having undergone a lymph node removal operation and being infected with the tuberculosis bacillus.

Testimonies of the Holocaust

The children who managed to survive the Holocaust and the extermination camps have spent most of their lives telling what had happened, raising awareness around the world, working hard so that the new generations could know what had happened.

Their audio and video testimonials they have been collected over the years in numerous archives around the world and represent a precious resource for informing future generations and ensuring that such a thing never happens again. Here are some of the children who were able to tell their Holocaust.

wrote his famous Diary in which the genocide of the Jews unfolds in all its drama, from his life that flowed normally to the days when he had to hide with his family, up to his deportation to the concentration camp of Auschwitz-Birkenau and subsequently in that of Bergen-Belsen, where he died.

Between 1938 and 1940 a huge rescue operation took place called the Child Transfer: almost ten thousand Jewish refugee children, orphans of their parents, were transferred to England from Germany and from the places occupied by the Germans. Among them was Lev Nelken, who was 13 at the time, and who managed to join his sister Hannah in Great Britain in 1939. His parents greeted him at the station and he was able to catch one of the last Kindertransport trains. His story was told in a children's book published by Gallucci Editore and entitled Lev.

they were 6 and 4 years old when they were deported to Auschwitz together with their cousin Sergio De Simone. They managed to survive and told their story, although many things have been forgotten, especially the most terrible memories.

And again, here are two of the oral testimony collected by various international organizations.

He was only 10 years old when he was locked up in the Kielce Forced Labor Camp. He asked the camp commander if he needed a bellboy and so he managed to survive for some time, until his deportation to Auschwitz, where he remained for a year, until the Soviets arrived.

As a child she was imprisoned in the Auschwitz camp and remembers very well the crematoria:

The idea that we would all become a puff of smoke became a reality, because people came ... a transport came with so many prisoners who then went somewhere and disappeared. They didn't go out anymore. Then you understood that something had happened to them and to see the smoke come out of the chimneys without interruption, especially after the arrival of a convoy - well, even at my age I was able to put two and two together and understand that, yes, this was where you were going, behind those ... that fence, where the blankets hung and the trees hid what was going on; in short, you understood that you went in there and you never went out. What exactly happened I don't know; all i know is that you came out of the fireplace. And when the crematoria were in operation, they left a sweet taste in your mouth, so strong that you didn't even want to eat anymore. In those moments I can say that really, at times, I wasn't even hungry anymore, it was so nauseating

She was small and didn't quite understand what was happening, but she knew she had to survive, to tell the outside world what had happened.

That was what you always heard from everyone: "We have to survive and tell the world what's going on."

Many were educated inasylum from specialized people who presented Hitler as the savior of Germany, they passed from the solemn oath, which was taken from 6 to 10 years, to the Hitler Youth, between 14 and 18 years, which often was the antechamber of enlistment in the Nazi troops. They internalized the deadly Nazi values ​​so much that after the war they could no longer recognize their parents who were embarking on a diametrically opposite path of awareness and abandoning Nazi ideals.

And we cannot fail to mention the children of Nazi officers who were killed by their own parents when the end was near. It is the case of little Goebbels, sons of Magda and Joseph, Minister of Nazi propaganda. When she realized that the end of Nazism was imminent and that the war was lost, Magda killed her six children and then took her own life.

The cartoons on the nails of fashion mothers ❯

add a comment of Children victims of the Holocaust, their testimonies