Chinese calendar: how to find out if it will be a boy or a girl 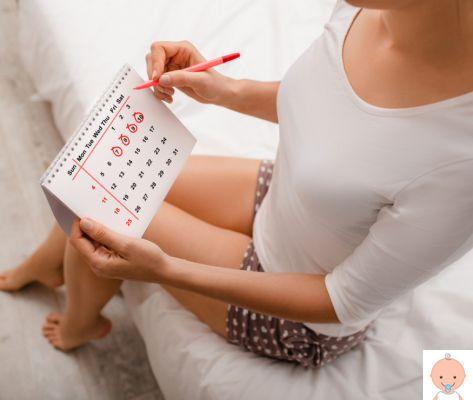 Will it be a boy or a girl? The question catches practically all parents when they know they are in expectation of a child. The sex of the baby will be revealed with certainty only with amniocentesis or morphology, but there are some methods to predict the sex of the baby, such as Chinese pregnant calendar or lunar calendar. Let's see what it is and how to use it.

Chinese calendar how it works

This ancient method is based on a Chinese table found in a tomb in Beijing and now kept at the Chinese Institute of Science. According to this table, crossing the age of the mother at the moment of conception and the month of conception you will know what sex the baby is.

It seems that through this ancient Chinese table, found buried in a tomb near Beijing after almost 700 years, crossing the month of conception with the age of the mother at that moment, it is possible to make a prediction on the sex of the child, with an exactness which reaches up to 93%.

Be careful to enter your correct age.

How to get pregnant with a boy

The ways used to understand, before the ultrasound, if the baby will be a boy or a girl are really many, even if none have any real scientific value. There are numerous legends about ways to understand well in advance aboutechography solution, the sex of the unborn child and the Chinese calendar is undoubtedly one of the most fascinating methods.

Also according to this ancient method of calculation, the best chances of conceiving a boy are if the conception takes place in month of July when the mother is 18, 20, 30 or 42 years old.

How to get pregnant with a female

A pregnant womana, over the course of the nine months, he hears it repeated a thousand times that "since his belly is like this, then it will be a male" or "since his skin has become like this then it will be female ..", but we know well that the only way to know what sex the baby is is to read the result of the amniocentesis (which shows the simple chromosomal code XX, if it is a girl, or XY, if it is a boy) or wait to do the morphological ultrasound.

However, according to the Chinese calendar, the best chance of having a baby girl is in April, when the mother is 21 (when the success rate is even 92%), 22 or 29 years old.

There are no indications of twin pregnancies in the Chinese calendar. However, you can try to cross-reference the data (your age and month of conception) to get one forecast and also a statistical estimate. But of course it will be only the structural ultrasound (or possibly the amniocentesis) to reveal if two boys, two girls or a mixed couple are on the way.

From folk wisdom here are some ways to predict baby's gender

Observing the phases of the moon is also a method often used in many cultures to predict a baby's gender. For example, according to these beliefs, during the full Moon, there would be a greater chance of conceiving a boy, while to conceive a girl one would have to try to become pregnant a few days before the full moon.

And what was the result of the Chinese calendar for you? Did you guess the sex of your baby?

Audio Video Chinese calendar: how to find out if it will be a boy or a girl
Exam calendar to be done during pregnancy ❯

add a comment of Chinese calendar: how to find out if it will be a boy or a girl