Coffee and caffeine in pregnancy: no to excesses 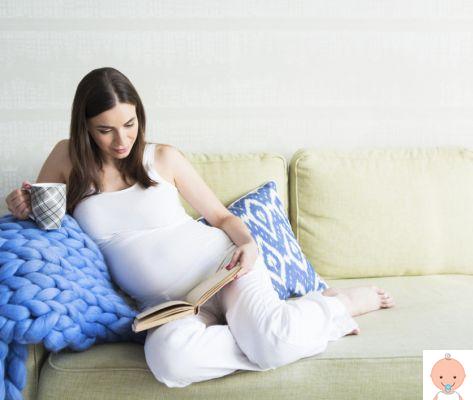 Coffee and caffeine in pregnancy

Who is it that in the morning or after a meal can give up a good coffee? Today caffeine is the most consumed substance in the world and there are also loyal consumers about 90% of pregnant women, not only in the form of coffee but also other beverages or foods that contain it, such as chocolate or cola. But what is the recommended dose of coffee and caffeine in pregnancy?

90% of pregnant women consume caffeine, although it is known that this substance does not benefit the health of the fetus. Often it is taken through other drinks that contain it such as tea, chocolate, cola or with some drugs that have caffeine among their ingredients.

Risks associated with excessive caffeine intake during pregnancy include:

Experts who have conducted studies on this point inform us that caffeine is not recommended in pregnant women stressing that, when taken in high doses during gestation, it can be the cause of more or less serious problems, starting with a higher risk of spontaneous abortion, up to the risk of premature birth or recording a delay in the growth of the fetus or giving birth to a low weight and smaller newborn compared to the estimated gestational period, perhaps with problems related to some anomalies caused by poor oxygenation of the placenta due to the caffeine itself.

In addition to what has been said, other information is added: for example, under normal conditions, the body expels substances related to caffeine in about four to six hours, while in pregnancy it takes longer. The mother's body retains caffeine longer, giving rise to a series of problems, such as gastritis, acidity, epigastralgia, recurrent nausea, tachycardia, etc.

Read also: Herbal teas in pregnancy. Yes or no?

How Much Coffee Can You Drink During Pregnancy?

Although the use of caffeine is not recommended during pregnancy, let's remember that everything is related to the quantity you take So if a woman is used to drinking coffee after lunch or in the morning there is no problem, talking to your gynecologist will be able to establish the amount that can be taken every day without running risks.

Generally two cups of coffee a day they do not compromise the health of mother and child.

According to experts, the maximum recommended dose of caffeine in pregnancy is 200-300 mg per day. This is a quantity that is achieved by drinking two or three cups of espresso, but it can easily be overcome by drinking a can of cola or an energy drink.

It is clear that each of us reacts differently to coffee and caffeine, so listening to the signals that the body sends us is always important: symptoms such as drowsiness, irritability, stress, gastritis, headache and changes in the cardiovascular system must make us reduce if do not completely eliminate the coffee.

Audio Video Coffee and caffeine in pregnancy: no to excesses
Calculate ovulation to get pregnant quickly ❯

add a comment of Coffee and caffeine in pregnancy: no to excesses