Cold and wind: we are in the days of the blackbird! 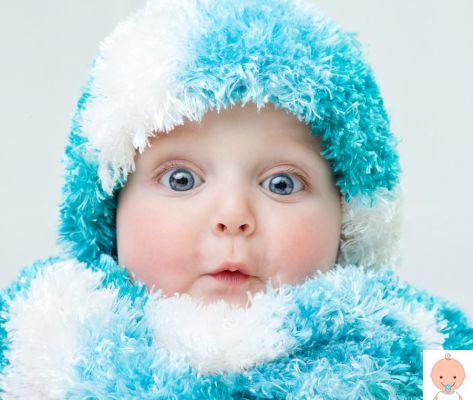 Days of the blackbird

I days of the blackbird are traditionally the last days of January: 29, 30, 31 January. They are considered the coldest days of winter, but what do blackbirds have to do with it?

The legend of the blackbird

The official legend is this:

The name derives from a legend according to which a blackbird, with a splendid white plumage, was regularly scrambled from January, a cold and shady month, which enjoyed waiting for the blackbird to come out of the nest in search of food, to throw on the cold earth and frost. Tired of the constant persecutions, the blackbird one year decided to make enough provisions for a month, and yes locked up in her lair, sheltered, for the whole month of January, who was then only 28 days old. On the last day of the month, the blackbird thinking she had fooled the bad January, she came out of hiding and began to sing to mock him. January was so resentful that he borrowed three days in February and was unleashed with blizzards, wind, frost, rain. The blackbird took refuge on the sly in a chimney, and remained there in the shelter for three days. When the blackbird came out, she was, yes, safe, but her beautiful plumage was blackened by the smoke and so she remained with the black feathers forever. (Source: Wikipedia)

The podcast with the history of the days of the blackbird

The legend of the prediction of spring


As in all legends A fund of truth is hidden, in fact in the Roman calendar the month of January had only 29 days, which probably with the passing of the years and of being handed down orally turned into 31.

The legend of the battlements in the city

The legend of Merlo and Merla

A couple of young blackbirds loved to go dancing on winter evenings, but one evening to take a shortcut, Merla and Merlo decided to cross the river, but the sheet of ice that covered the bed of the Po could not bear their weight and so the two little birds fell into the freezing waters where they died.

Only one other blackbird had seen what had happened and for three days she chirped desperately to passers-by for help. After 3 days the ice melted and the river returned the bodies of the two birds and in that same place flowers blossomed.

add a comment of Cold and wind: we are in the days of the blackbird!