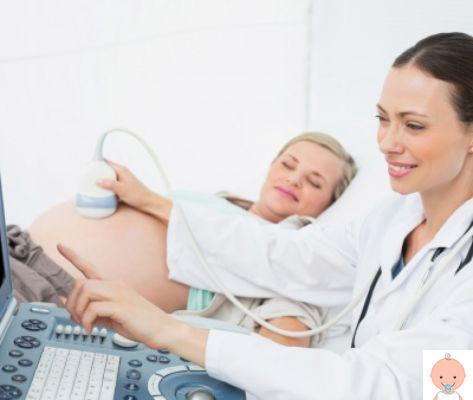 One of the first tests done in early pregnancy is the blood group check, which is used to evaluate the possibility that the fetus inherits the blood type of the father when this is different from that of the mother. In this case, in fact, the maternal organism could identify as foreign, attack and destroy the red blood cells of the fetus through the production of special antibodies called anti-D antibodies.


The consequences of this maternal-fetal incompatibility they are therefore borne by the fetus and consist of a named anemia haemolytic disease of the fetus, which can lead to intrauterine death, or in neonatal haemolytic anemia which can also cause brain damage to the newborn baby.

Maternal-fetal incompatibility occurs more severely in the presence of one difference in RH factor between blood groups of the two future parents and precisely when the mother who has an RH negative blood type conceives a child RH positive like the father. Today, cases of incompatibility attributable to the RH factor are less frequent, but before the medicine introduced the appropriate prophylaxis, it concerned one in 100 children.

Other times the maternal-fetal incompatibility affects the AB0 system, i.e. the differences between the maternal and paternal blood groups which can be of type A, B, 0 and AB. With the exception of group AB, in fact, each of these groups has antibodies against the other blood groups:


The incompatibility due to contact between these different blood groups is more frequent than that due to the difference between the RH factors of the mother and the fetus, but its consequences are generally less severe.

Coombs test in pregnancy, when to do it

THEmaternal-fetal incompatibility it almost never affects the first pregnancy, but rather the subsequent pregnancies. In fact, during the first pregnancy the mother's blood can come into contact with that of the fetus causing sensitization of the maternal organism, but no immune response; this will be unleashed on the second contact, with the later pregnancy.

For this reason it is important that all pregnant women, starting from the first pregnancy, carry out the blood group test and that - in the presence of RH negative maternal blood - the Indirect Coombs test. This is a test carried out on the mother's blood, which is used to check for the presence of anti-D antibodies and is also carried out in case of suspected AB0 incompatibility. The test therefore serves to evaluate the opportunity to establish one prophylaxis to avoid haemolytic disease of the fetus or newborn.

The Coombs test is usually first prescribed within the XNUMXth week of pregnancy; RH positive women will repeat it during the last trimester, while RH negative mothers will have to get tested every month.

Read also: All about the blood group of children

Prophylaxis to avoid haemolytic disease of the newborn

To counteract the danger of the immune response, pregnant women will be subjected to administration of anti-D immunoglobulins, which react against the anti-D antibodies produced by the mother and prevent their formation. Prophylaxis is carried out by means of an intramuscular injection on the shoulder of the pregnant woman.

Routine anti-D prophylaxis is performed on RH-negative women in their first pregnancy to avoid their sensitization; It is also particularly important that RH negative women who have already given birth to an RH positive child - thus causing sensitization of the maternal organism following contact between the child's blood and that of the mother - perform anti-D prophylaxis within 72 hours of childbirth, when the probability of contact between maternal blood and that of the fetus is maximum