Cot death, the importance of prevention 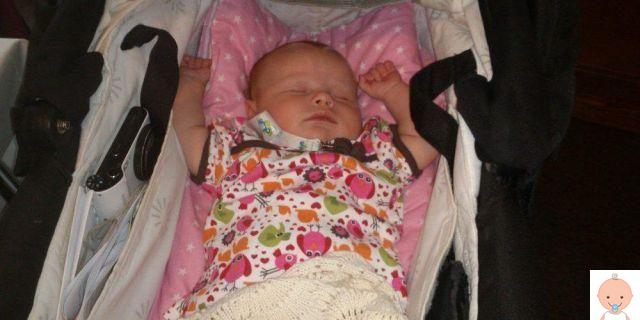 The cradle death topic is one of those that, like it or not, always makes mothers and fathers a little agitated. However, considering that the weapon of prevention is useful and above all effective, we need to know this problem. Only in this way, in fact, is it possible to put into practice all the main and very important rules against this dramatic event. We therefore consider it useful to talk about cot death, so that we know how to behave.

What is death in a cradle

SIDS (English acronym for Sudden infant death syndrome), or cot death, affects newborns in apparent good health, for no particular reason. In a few crude words, these babies are found lifeless in their cot in an absolutely unexpected way. Fortunately, this is something that does not happen often, but it cannot be said that it does not happen.

The expression cot death does not indicate a pathology. In fact, it is used when all other causes that could have caused the death of a newborn, from malformations to voluntary gestures of an adult, are excluded. The exclusion of all possible reasons is done with an autopsy and careful analysis of the health of the child and the circumstances in which the dramatic event occurred.

This syndrome is the leading cause of infant mortality between one month and one year of age in industrialized countries.

Epidemiology of SIDS in the country

A conservative estimate, based on statistics from countries where the phenomenon is well known and carefully monitored, considers that the average incidence for SIDS is approximately one case for every 2.000 / 3.000 live births. In the country, this equates to around 300 pups a year. In most cases, it occurs around 2-4 months, and in 90% in the first 6 months of life. It usually occurs during sleep and more frequently during the winter months. Boys are more at risk than girls, and premature babies are more affected than peers born at full term.

This is still a rather complex issue when it comes to cot death. As the experts of the Higher Institute of Health explain, "a specific medical cause capable of explaining SIDS has not yet been defined with certainty, but there are instead a series of behaviors and risk factors that can significantly affect the likelihood of SIDS occurs, as numerous studies and surveys show ". And soon we will see them in detail.

According to what the CDC, the American Centers for Disease Control and Prevention has discovered, cot death could be caused by abnormalities in the brain area that controls the rhythms of sleep and wakefulness. According to US experts there are three levels of risk. First of all, the child is apparently healthy, but instead he has a problem in the system of regulation of the heart, respiratory or general rhythms of his organism. Secondly, changes in sleep rhythms, breathing and / or heart rhythms, blood pressure or body temperature occur in the first few months. Finally, there is exposure to specific risk factors.

Cot death: what are the risk factors

Among the various hypotheses that have been made over time on the causes of cot death there was also that that vaccines were a predisposing factor. Today this idea has been refuted by numerous American and European scientific studies. Research has made it possible to exclude the correlation between the administration of vaccinations and SIDS. Furthermore, according to the experts of the Bambino Gesù pediatric hospital, children who are regularly vaccinated have a lower risk of SIDS than those who are not vaccinated.

But where did this concept come from? From the fact that infants in the very first months of life are subjected to an intense vaccination program and SIDS occurs more frequently among children between the ages of 1 and 6 months.

Given the delicacy and importance of the issue, all industrialized countries have set up specific SIDS prevention campaigns over the years. There aren't many rules parents have to follow, but if followed carefully they can save your child's life. Here are the main ones:

Fetal movements before childbirth: how they are and how to recognize them ❯

add a comment of Cot death, the importance of prevention