Dating and re-dating of pregnancy 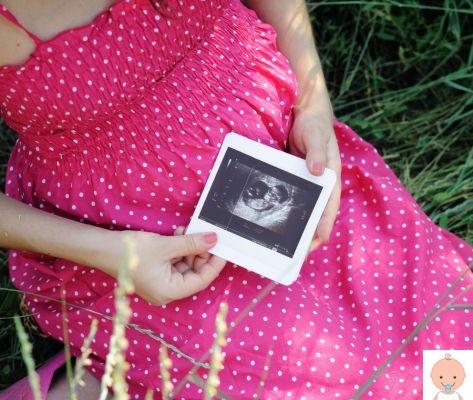 PREGNANCY DATING - Upon discovery of the state of pregnancy every woman has the curiosity and the desire to discover and see the future child right away. However, this is not immediately possible and it is necessary to wait for some time, approximately 7-8 week (calculated on the basis of the first day of the last menstruation).

The national health service provides 3 free ultrasound scans during pregnancy, the first of which is the so-called dating ultrasound. It is a very important ultrasound because it allows you to manage it correctly and without errors borderline pregnancy (that is, that pregnancy with some parameters bordering on the norm) than that pathological.

Read also: Advice from the midwife for 40 weeks of pregnancy

Two other very important functions of this ultrasound are:


It is necessary to carry out an ultrasound because the collection of anamnestic data, which is done during the first visit of the pregnancy is coarse. Especially if your last period is uncertain oi cycles are irregular or even pregnancy has arisen with assisted fertilization techniques, it is almost impossible to establish the period of conception and, according to some statistical studies, about 20% of children would be below the growth average.

Smoking, alcohol and more. Here are six things to avoid if you are expecting a baby, in the past as it is today

But what are the parameters that gynecologists evaluate in order to date a pregnancy?

After the 6th week it is possible to see the embryo and on this two measurements are made: the cranio-caudal length and / or the biparietal diameter. The caudal skull length is the measurement that can be used the earliest, between 7 and 11 weeks. The shape and development of the embryo / fetus do not allow us to speak of the head and podium, and it is for this reason that the measure takes that name, even if it is more reminiscent of an animal. With the help of the ultrasound probe, the entire length of the embryo / fetus is measured, from the apex of the skull area to what will be the baby's podium in the future.

Read also: All about ultrasound in pregnancy

This measurement of the date of birth calculation has a high accuracy and only 3-4 days of possible deviation between the detected date and the actual conception. For example, if on October 31 the ultrasound dates the pregnancy as 9 weeks, the conception could have occurred between August 24 and September 2. Above 12 weeks of pregnancy the measurement becomes more difficult as the small embryo moves a lot.

Il biparietal diameter instead it is the measure of the size of the fetus head from side to side and reaches its maximum accuracy between 12 and 16 gestational weeks, a period in which, as for the cranio-caudal length, in 95% of cases it has a margin of 3-4 days error.

Once the week of pregnancy has been identified, it is possible to calculate the estimated date of delivery, counting 40 settimane starting from the first day of the last menstruation, or by subtracting from the number 40 the number of weeks ascertained by ultrasound.

In the example above, if on October 31st I am a 9 settimane, the operation will be 40-9, so there will be 31 weeks left and the estimated delivery date will be June 5. In some cases it may happen that in subsequent checks to the first it may be necessary restore pregnancy, what does it mean change the expected date of delivery based on the measurements taken on ultrasound.

A redatation of pregnancy may occur within 22 week of gestation. Subsequently, the characteristic variations of each individual take over (for example different weight and height depending on the genetic makeup) and would therefore be useless.

It should be specified that thethe presumed date of birth is by definition a presumption, a hypothesis. In fact, ultrasound can undergo slight discrepancies if performed by different operators and furthermore the parameters cannot give absolute certainty that that day will be exactly that of the birth. A full-term pregnancy is a pregnancy whose delivery occurs between the 38th and 41st week. Nature and physiology sometimes have different times and ways, it is important that modern technology supports them but that it is not taken as 100% exact and correct. In this way, unjustified anxieties and fears are avoided

add a comment of Dating and re-dating of pregnancy