Development of the embryo: the beginning of life 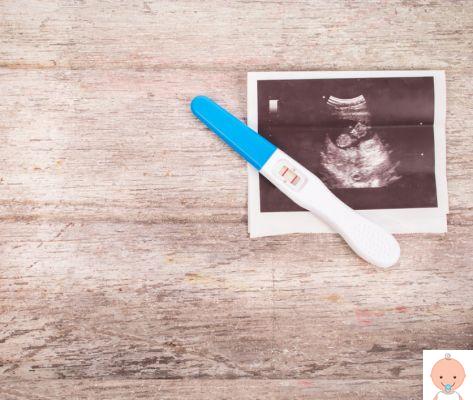 Development of the embryo

Before the implantation of the egg in the uterine wall, it is called a fertilized egg or zigote, blastula. The next stage is that ofembryo (up to 8 or 10 weeks after fertilization). Further on, we talk about the fetus. Let's see, then, how it happens development of the embryo during pregnancy.

From embryo to fetus

We talk about the embryo until the end of the 10 week of development and of the fetus beyond this date, but we know that this distinction is only indicative because the development process is continuous and progressive and does not foresee interruptions.

As we read on gynecolink the beginning of pregnancy is made to coincide with the first day of the last menstruation and this is the gestational age but the embryo actually begins its existence on the fourteenth day of the menstrual cycle and therefore the third week of pregnancy (i.e. the third week after the last menstruation) actually corresponds to the first week of the embryo's life (in this case we speak of conceptional age).

In practice, if we want to try to calculate theprecise age of the embryo and therefore the conceptional age will suffice to remove two weeks from the calculation that gynecologists generally do.

Formation of the embryo

The beginning of the life of an individual (understood as a living being with a unique and unrepeatable genetic code (DNA)), is the meeting between a sperm and an oocyte, which takes place in the uterine tube around the 14 day of the menstrual cycle, or in the days of ovulation.

After sexual intercourse, the spermatozoa, ejaculated into the vagina, go up from the vagina into the cervical canal (canal that connects the vagina with the uterus), from here into the uterus and from here into the tubes (in one of which, if ovulation, they will meet the oocyte). From what has been said about their survival, it is clear that after sexual intercourse the woman will have viable and fertilizing spermatozoa inside for about 4-5 days. As already mentioned, in fact, the spermatozoa localized in the cervix survive for 4-5 days and for this period they tend to go up in the direction of the uterus and tubes.

Oocytes are the female germ cells. They are found in the ovary from intrauterine life and every month only one of them he manages to reach maturity. The simultaneous maturation of two or more oocytes is rare. The maturation of an oocyte occurs in the first 13-14 days approximately of the menstrual cycle.

Development of the embryo week by week

The embryo is measured in the first ultrasound in order to evaluate:

Now let's see how the embryo develops in the first two and a half months of gestation, that is, in the first ten weeks, until it becomes a fetus.

Mucous plug: what it is and how much is missing in childbirth when we lose it ❯

add a comment of Development of the embryo: the beginning of life