Diary of a pregnancy: choice of gynecologist and hospital 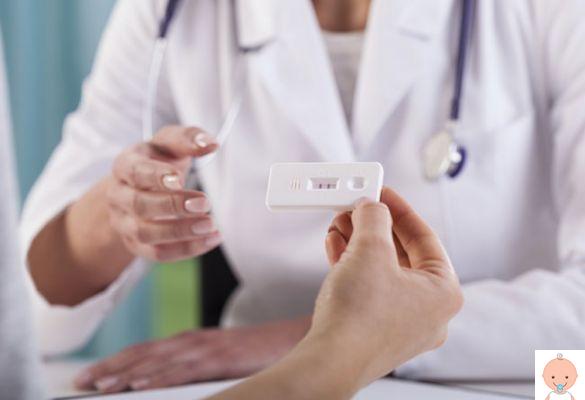 The choice of the gynecologist to follow me up during pregnancy - in addition to the fact that he is a good doctor preferably recommended by some friends - depends on the answers he will give to two fundamental questions for me: is he in favor of an epidural? Do you work in a hospital where they have an epidural without problems? If the answer is yes to both questions, then the man / woman is right for me.

During my first pregnancy, in 2004, I was followed by an excellent Roman doctor, a very good doctor and a very good person who, in addition to having several private practices, is also one of the gynecologists of the famous Fatebenefratelli hospital in the city, a very listed in the city and also known for its practicing staff the epidural free of charge to all those who request it. Choosing to be followed privately by a doctor who works in the hospital where you want to give birth, in the city means being more likely to find a free bed when the day of the birth comes, and even in my case this rumor was confirmed.

The experience at the Fatebenefratelli however, despite the reputation of the structure, was not the best: before the birth, the wait to perform the monitoring could reach 3 hours even if you had an appointment. During the delivery the toilets in the labor room were very dirty and the staff forgot about me making the labor last 18 hours (3 rounds of midwives). Once Giulio was born I had to deal with very young nurses who knew less than me and equally young (and equally inexperienced) doctors who insisted that I did not know how to "attach my child to the breast" to make him eat when in reality Giulio was latching on and he was fainting from fatigue because he had mucus in his nose that had not been removed. Result: the child did not eat for the first two days, losing weight for a very trivial reason that I could not know but that would have been within the reach of the less prepared nurse.

Having rejected Fatebefratelli, I decided that this second time I would give birth in the City of the city, a less "prestigious" hospital but with a similar anesthetic policy.


I still wanted to keep the gynecologist from the first pregnancy but the fact that the appointment for the first visit was only available three months after my phone call made me give up.
After a first moment of disorientation, I asked for advice from a doctor friend who had just given birth in the city of the city and, fortunately, in that hospital she also knew a good gynecologist. Her calm, kindness and total adherence to epidural anesthesia as well as the fact that she worked in the hospital where I intended to give birth won me over immediately. They played in her favor too patience and availability, that is the fact that his visits did not last 5 minutes but that, without getting impatient, he answered all my questions and perplexities. Furthermore, the wife of the aforementioned gynecologist had just given birth and this, in my opinion, it made him more sensitive to all the psychological and physical problems that a pregnant woman could present.

For sure if I were born again I would be a doctor, so in this as in other situations I would play at home. The "roulette of incintism" has begun to spin and we hope that despite doctors and hospitals, this time too it will all end in the best possible way.


1. Diary of a pregnancy: who is Marta?
2. Pregnancy Diary: Lightning Conception

Discuss Marta's diary in the Pregnancy forum of the community of

Marta in the community of has the nick supermamy

Pregnancy diarrhea: symptoms, causes and when to worry ❯

add a comment of Diary of a pregnancy: choice of gynecologist and hospital