Do you also have a favorite child? 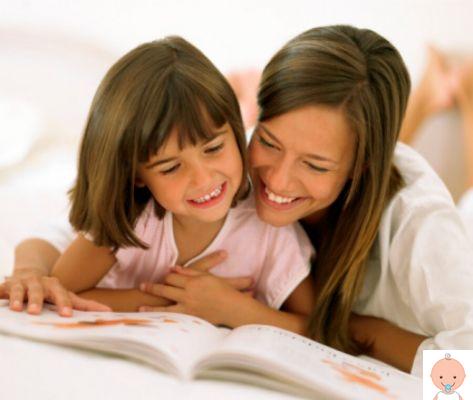 A study in California found that 7 out of 10 parents they prefer one child over the other. Although they will never admit it except to themselves. A real tabooit seems unnatural think of preferring one child over another, because common morality teaches us that children are all the same, while in reality this is not the case at all.


READ MORE: Are all children the same or is there a favorite?


Generally, the researchers explain, the favorite child is the first born, which would explain the results of another recent study that showed that the first born is more likely to be successful (Read). According to a study conducted by researchers from the University of Oslo, the first-born would have a IQ taller than his younger siblings (Read). And this is because parents would naturally prefer firstborn children, who receive a greater load of love, commitment and superior attention from their parents.

But the Californian study shows that i favorite children they can also be others, perhaps the one expected and arrived after a long, very long time; or what seems more fragile, insecure, vulnerable; or the one who suffers from a disease or simply the one who most resembles one of the parents, who has taken the strengths and not the defects or who is the bearer of specific characteristics attributable to someone who loves or despises himself and consequently these feelings they will be reflected in the relationship with the child. And they can trigger jealousies and sibling rivalries that can last a lifetime.


We are human beings, before we are parents, and however much we try to do our best, be objective, love unconditionally, we often welcome a 'expectation that goes beyond human possibility.

Perhaps it would be better to dissolve this taboo and ask ourselves if we deeply prefer one child over another and give us a sincere answer, because only with this awareness could we really strive to act more balanced.

between children does not necessarily mean preferring one over the other, but rather recognizing their differences as human beings and behaving differently with the main purpose, however, of cultivating the qualities and talents of each one.

for one of the two children it has negative effects on both: the favorite feels a

and may become an adult too early, in order to meet the parent's expectations, while the one who is left behind may develop the so-called

, that is, a constant feeling of being inadequate.

Audio Video Do you also have a favorite child?
Poisoning by household products, risk for children ❯

add a comment of Do you also have a favorite child?