Does being an only child really make you selfish and spoiled? 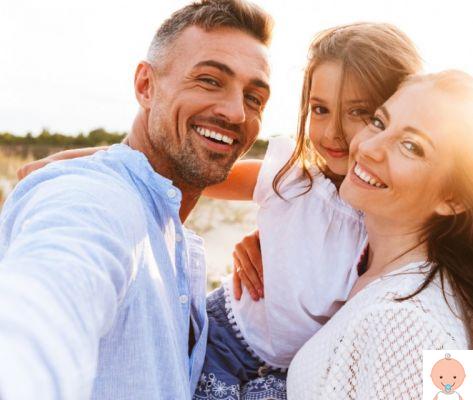 How many times, after the birth of your first child, have you been told to have a little brother or sister immediately because otherwise he will grow up spoiled and selfish? But does being an only child really mean becoming selfish and spoiled? Or are they just prejudices? Let's find out what science says about the only child.

Being an only child syndrome

According to the latest Istat 2022 report, couples with one child are growing and amounted to around 46,5%. But what does it mean to be an only child today?

Most people are familiar with the stereotypes of only children. In fact, you may also have used this term to describe someone.

But the "one child syndrome" theory hasn't always been around. He was not born until the late 1800s when child psychologists G. Stanley Hall ed E. W. Bohannon they used a questionnaire to study and classify children with a variety of different traits. Hall oversaw the study and both of them published it in the early 1900s. Basically, the conclusion was that children without siblings possessed a long list of negative behavioral traits. Hall is widely quoted for stating that being an only child was a "disease in itself".

Some studies and research agree with Hall and Bohannon. However, the consensus is that their findings were unscientific and flawed, essentially making baby syndrome just a myth.

Characteristics of one child syndrome

Hall described being an only child as a spoiled, selfish, self-centered, maladjusted, domineering, antisocial and lonely child.

Those who believe in the theory believe that only children are spoiled because they are used to getting what they want from their parents, including full attention. The belief is that they will become selfish individuals, who think only of themselves and their needs. Furthermore, it is believed that lack of interaction with a sibling can cause loneliness and antisocial tendencies.

Some even think these effects carry over into adulthood, with only children having difficulty getting along with peers, showing hypersensitivity to criticism as they get older and have poor social skills.

But while this theory has made its way into popular culture, more recent research has shown that being an only child doesn't necessarily make you different from a peer with siblings. And the lack of a brother and sister doesn't condemn you to become self-centered or antisocial.

What Research Says About One Child Syndrome

Exceptions to this have been carefully considered. For example, in Quebec, children "between the ages of 6 and 11 had a higher risk of mental disorders." But a few years later, another group of researchers reported that there is no difference between only children and children with siblings when it comes to mental health, at least in children under 5.

Tony Falbo, a psychologist at the University of Texas at Austin and an only child, has done a lot of research on the one child over the past 40 years and is considered an expert on the subject.

In one of her reviews she found that the extra attention a child receives can be positive. She concluded that only children got more than the last siblings in larger families.

What the experts say

Psychologists agree that many different factors help shape a child's character. And the truth is, some children are shy, introverted by nature and prefer to be alone. They would be like this regardless of whether they had siblings or not. So while psychologists don't deny that only children may be at risk for some social deficits, these traits don't happen for everyone!

Being a mother: the first and unforgettable moments ❯

add a comment of Does being an only child really make you selfish and spoiled?