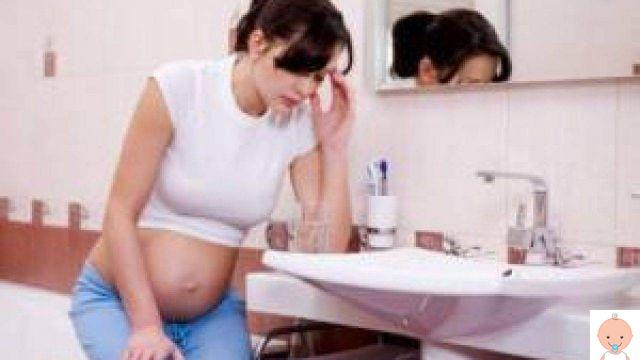 La nausea during pregnancy is one of the most common ailments especially in first quarter.
Eat a cracker, drink Coke, eat popsicles, never get hungry and many other remedies are often recommended (Read), but this is truly bizarre.
Gordon Gallup, an American psychologist, is convinced that drinking the seminal fluid  can help fight the nausea (Read).
Gallup is confident in the effectiveness of the proposed method, even if the sperm is taken at the source and not stored and drunk from a glass.


Gallup is no stranger to these really weird theories. For years he has studied the possible effects of sperm and years ago he declared that seminal fluid had undoubted properties antidepressive about women.

But why would sperm be able to contain the annoying nausea of ​​pregnancy?
According to the scholar, the pregnant woman's body is ill because the baby, which grows inside her body, is still made up of foreign substances to the body itself, because the Fetal DNA it is only half related to the mother and the other half comes from the father, therefore from a foreign body.
In short, the nausea would be none other than one immune reaction.


And the solution would be in the fact that the sperm is at the origin of the conception and then assume a substance that has fertilized the egg itself, both before conception (Read) (to accustom the mother's organism to tolerate the foreign body) which in the early stages of pregnancy, would serve to resolve the nausea.

It is practically the same principle as thehomeopathyexplains Gallup: diseases are cured by taking small doses of substances that cause the symptoms of the disease itself.

Audio Video Drinking semen to fight nausea in pregnancy
Drinks for children, which ones to choose and which to avoid ❯

add a comment of Drinking semen to fight nausea in pregnancy