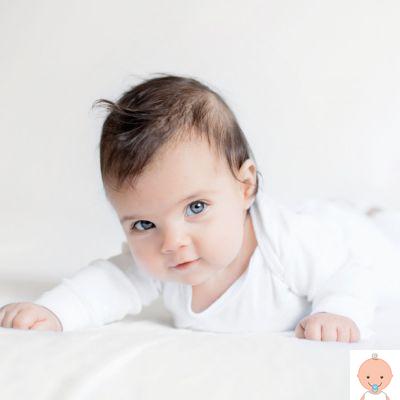 Of ancient Latin origin, the male name Emilio it is the right choice for those who appreciate names with a slightly vintage charm that are less common today than in the past. We discover in this guide the origin, the meaning, the curiosities about Name for boy Emilio.

Etymology of the name Emilio

The name originates from the Roman cognomen Aemilius, of the gens Aemilia, and means "courteous", but according to some sources it could have Etruscan origins.

It could also be related to the term Aemolus, which means "competitor". The same meaning also has another name that refers to the origins of Emilio: aemilor, which means "rival".

Meaning of the name Emilio

The most accredited meaning is that of "gracious, courteous", but it can also mean"rival".

Diffusion of the name Emilio

More widespread throughout Europe in the first half of the twentieth century, Emilio is less popular today. According to the ISTAT data relating to the most common names in the country, in 1999 195 newborns were called Emilio, while in 2022 there were 146.

When is Emilio's name day?

The name day is celebrated in most cases on 28 May, when 28 May is remembered, Saint Gemiliano (or Emiliano, or Emilio), bishop of Cagliari and martyr to Sestu. On this day the name day of those who call Emiliano is celebrated.

We remind you that the date of 22st May, when the Church commemorates Saint Emilio, martyr in Africa with Saint Casto.

Little is known about the life of sant'Emilio (o Emiliano o Gemiliano). We know that he lived in the first century AD he was bishop of Cagliari and died a martyr under the persecution of Nero. Other sources tell that he died a martyr in the second century AD in Cagliari, near the Cabagna gate.

Several churches are dedicated to San Gemiliano in southern Sardinia and the church of Sestu. It is precisely in Sestu that it is said that Gemiliano lived his martyrdom and was stoned in the hands of an ancient Romanesque church.

One of the most widespread and popular variants in our country is undoubtedly Emiliano: more widespread until a few decades ago, in 2022 it recorded an absolute value of 81 in the country.

As regards the foreign variants we point out:

Emilio is a person passionate and fiery. He loves to discover new things and prefers to walk paths that no one has ever walked rather than following in someone else's footsteps. Witty and driven by his curiosity, he needs to live, dream and explore.

Emilio is a lot emotional, reacts immediately by instinct and does not always manage to have great confidence in himself, which makes them sometimes aggressive and unstable. His dreams are often a place of refuge from which to escape reality. Emilio is witty and intelligent and always wants to have the last word.

E' insightful and does not give up easily. His emotional life is a real roller coaster ride.

Intuitive and lively, Emilio is always active and aspires to a life full of adventures. He likes to command, to take the initiative, even if at times he feels the need to withdraw into himself and experience loneliness, expressing the most introverted high so.

What profession will Emilio make? The professions that allow him to change, to travel, but also to have the reins of a team are perfect. Excellent prospects as a teacher, businessman, freelancer.

What zodiac sign is associated with the name Emilio?

Quite unstable in character, the sign of Gemini has traits very similar to the personality of Emilio: always active, curious, versatile, engaged in a thousand experiences.

What is Emilio's precious stone?

Amber is the precious stone associated with Emilio because it relieves anxiety and can help him calm down under stress and get rid of his nervousness.

Which color is associated with Emilio?

Il yellow it is Emilio's color and refers to his leadership skills, but also to his unstable mood.

What is Emilio's lucky number?

L'8 represents the energetic and enthusiastic side of Emile and refers to his will and his motivation.

What song should you dedicate to Emilio?

We cannot fail to mention a famous song that participated in the Zecchino D'Oro in 2004, which is called "Emilio"

Postpartum hemorrhoids, how to prevent and treat them ❯

add a comment of Emilio name for child: meaning, origin and curiosity