Female fertility, what are its enemies 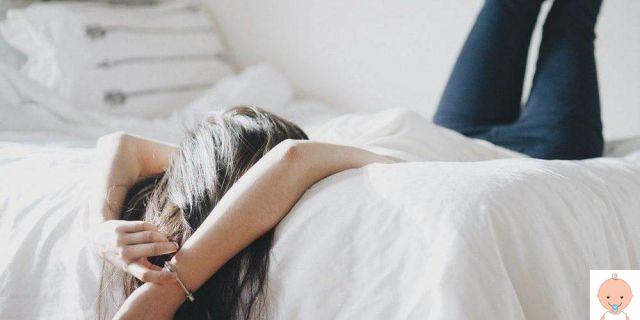 Fertility, both male and female, is a precious asset to be protected. Good habits start early, as early as adolescence, and guarantee well-being when you are an adult and looking for a pregnancy. Women are already born with their ovarian reserve, that is, with all the oocytes that will be expelled from the ovaries each month to be fertilized. This supply is reduced in a natural and progressive way until menopause (read HERE for more information). Female fertility, however, has some "enemies" that risk worsening it or, in more serious cases, compromising it. Here are the most common ones identified by the Ministry of Health and what can be done to avoid putting our reproductive capacity at risk.

About 3 million women in the country suffer from endometriosis, one of the most frequent causes of female infertility. The endometrium is the internal tissue of the uterus. Each month it prepares to welcome a possible "product of conception", but if fertilization does not take place it will flake off and is eliminated with menstruation.

Endometriosis is abnormal growth of uterine tissue that causes chronic inflammation of the organs where the endometrium has developed. It doesn't always get diagnosed right away. In fact, it happens that it is confused with some other disorder, such as irritable bowel syndrome or pelvic inflammation. In some cases (20-25%), endometriosis causes no symptoms. The most classic ones are the rather intense abdominal pains.

The pathology is diagnosed through a gynecological examination and a subsequent tissue biopsy. However, when the diagnosis is late (and it can happen for years) the risk of infertility is higher (30-40% of cases). Treating endometriosis is possible, although the disease sometimes becomes chronic. Treatments involve medical hormone therapy or surgery.

Polycystic ovary syndrome affects a slice of the population between 5 and 10%. It is an endocrine system disorder. It is responsible for the enlargement of the ovaries and also causes the development of liquid cysts which can be of various sizes. Other symptoms are irregular periods and an excess of testosterone, a male hormone.

In addition to sometimes causing fertility problems, the syndrome has some possible complications, such as diabetes, high cholesterol, inflammation of the liver. Diagnosis is made by ruling out other problems or diseases. The cure, on the other hand, depends on the symptoms. Generally, medications are prescribed to regulate the cycle and help ovulation. It is very important that treatment is associated with diet and weight loss, if excessive.

Myomas (better known as fibroids) are benign tumors that develop inside the uterus. They usually occur after the age of twenty, with a higher prevalence in women between the ages of 40 and 50. Sometimes uterine myomatosis is asymptomatic, while in other cases it presents with a menstrual flow so abundant that it requires the opinion of the gynecologist. Other symptoms include losses between cycles, pelvic pain, a sense of abdominal heaviness.

Sometimes fibroids are discovered during gestation, but this is not always a problem. It all depends on the size and where they grow. Even when trying to become pregnant, myomas can cause some discomfort, for example by hindering or compromising the implantation of the embryo. The diagnosis is made by the gynecologist through examination and ultrasound. Myomas are treated either with drugs or with surgery for their removal.

Some situations are capable of adversely affecting female fertility. Let's see some of them.

Fertility, the right diet to increase it ❯

add a comment of Female fertility, what are its enemies