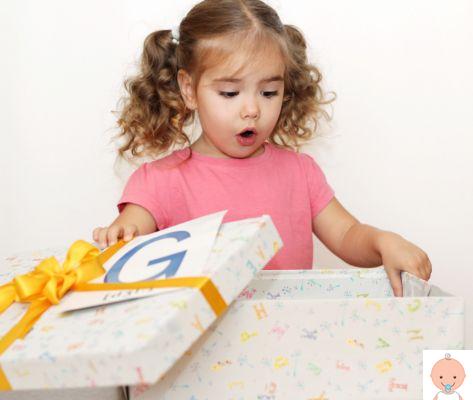 If you are expecting a baby girl and have a fondness for G, we propose a list of names starting with this letter, offering you a list of the most beautiful and sought after villages and foreigners. Among these, Giorgia and Giada, two of the most loved names, but also Guendalina and Germana, both more sought after and less common.

Choosing the right name for the birth together is one of the most significant and exciting experiences of pregnancy.

You have more options to be able to identify the name you like best. You can start consulting a classic dictionary of names, especially if you are looking for one that has a specific meaning or sound.

Otherwise you can go back to yours genealogical tree, looking for the most beautiful and evocative names that belonged to members of your family in the past.

The most popular baby girl names with the letter G

Does the letter G have a very special meaning for you and would you like your daughter to have a special name starting with G? We offer you a list of country and foreign girl names with these characteristics.

We investigated the trendiest and most vintage names and found the most beautiful. You can read on below the most popular names for girls and villages and foreigners starting with the letter G, with relative name days and meaning.

Are you looking for beauty enclosed in a name? We have selected some of them for you female nouns that have G as their initial letter and which have very beautiful and auspicious meanings. Here is a list of names with their meaning and origin.

Read also: Male names and country and foreigners starting with the letter G

Below is a list of female names that beginanus with G. For each name there is an in-depth analysis that includes meaning, name day, origin and personality.

Female names with G, most used according to Istat

Since 1999, ISTAT offers, in the Birth Rate Report, the ranking of male and female names most used in the country, which is updated to 2022 thanks to the name counter. It is therefore possible to know which are the female names that have the G as their first letter and which are in the top 50.

We anticipate that the most loved name is Giulia, which means "she who descends from Jupiter", followed by Ginevra, which means "white spirit or genius" and by Giorgia, whose meaning is "he or she who works the earth". Lower in the ranking Greta, Gaia, Giada and Gioia.

Girl names that start with other letters

Male names: the most beautiful, the classic, the original and the trendy ones ❯

add a comment of Female names with letter G.