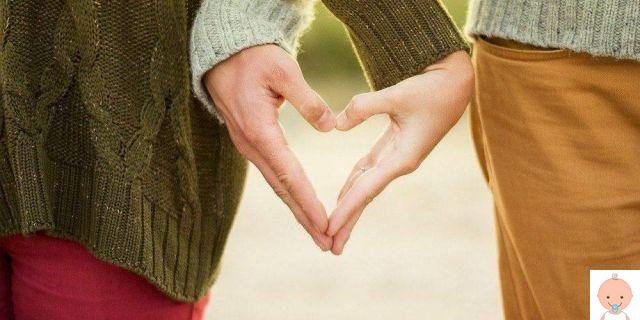 Numerous scientific studies have highlighted how fertility is directly related to the age of the partners, and decreases with the passage of time until it stops completely in women and decreases significantly in men. Although the chances of conception decrease with age, the processes of decreased fertility are different between the two sexes because reproduction is based on totally different mechanisms. But let's see why and how time negatively affects the vitality of spermatozoa and the quantity and quality of female eggs.

How fertility affects men and women

In both men and women, fertility is naturally affected by the aging processes of the organism, in the sense that it tends to decrease over the years until it disappears. The processes that initiate fertility are different in the two sexes. In women, they begin in the early years of puberty, or shortly before the onset of menarche (the first time menstruation occurs, and then end with menopause). In men they begin with the development of sexual characteristics and consequently with the production, by the sexual apparatus, of spermatozoa.

The age of menarche varies from woman to woman, although 95% of the latter have their first menstrual cycle between 11 and 15 years. In males, however, reproductive capacity generally begins around 12 years of age. Although it does not stop aging (in the sense that the production of spermatozoa continues normally even with the passage of time), it is still affected by age, because it slowly decreases and deteriorates in quality, especially as the andropause approaches (around 40 / 55 years).


In women, age plays a much more decisive role in her fertility, precisely because the closer to menopause the more her chances of conception are reduced, while in men they never cease even if fertility gradually decreases. The gradual loss of reproductive capacity is an element that should not be underestimated, especially for those women who want a baby and are approaching forty. It is necessary that they know that the female fertility "window" is limited, in order to make a conscious choice of motherhood and avoid - when possible - to postpone the moment.

In our previous article the tips to increase fertility.

Because, with age, the chances of conception decrease

At the time of birth, women are already equipped with a certain number of oocytes, which gradually wear out over the years, until they are completely finished, without any possibility of regeneration. From a biological point of view, therefore, the age at which a woman is at the peak of her fertility corresponds to the range between twenty and thirty years, in which she has a probability of conception of about 25% every month. This percentage begins to decline over time and, if at the age of 20 it is at its maximum, starting from the age of 30 it drops to 20%. From the age of 37 fertility undergoes a notable decline and from there it continues to drastically reduce until it disappears completely with the advent of menopause, whose average age is 50 years, even if there are early forms.

At 20, therefore, a perfectly healthy and problem-free woman has a high conception rate: in 96% of cases she can become pregnant within a year. The percentages continue to decline later with age: at thirty a woman still has a rather high probability of conceiving a child every month, and as many as 91% of women can become mothers within 4 years. It is a very high percentage, even if there is a second decline after 35 and after 37 years. 64% of women over 40 could become a mother within 4 years of targeted attempts.


However, it is good to keep in mind that today medicine has made really important steps in the procreation sector and, thanks to assisted fertilization techniques, it is possible to intervene to solve the fertility problems that often prevent couples from having a child. The above data, however, are only statistical, in the sense that the fertility of a man and a woman changes from subject to subject.

Click HERE to find out what to do and what to avoid when looking for a baby.

Fertility: what happens to humans

The biological clock of man is, like that of woman, destined to change over time, reducing first of all the volume of the ejaculate and the mobility of spermatozoa, which decreases by a percentage ranging from 4 to 18%. The ejaculate, on the other hand, is reduced from 3 to 22%, precisely because its volume is directly linked to the aging of the seminal vesicles.

From these data it can be understood that the male age also has a decisive weight in the reproductive capacity which, after the age of 35, begins to decline progressively in men as well.

As for the definition of an exact advanced male age, scholars disagree, even if they believe that fertility already begins to suffer a drastic decline after the age of 50/55, but some problems can be found already after 40. Biological alterations in seminal fluid make conception difficult, but may be related to an increased risk of miscarriage in the first trimester of pregnancy (especially in couples where the man is over 50 and the woman is 35) and the possibility of an increase in gestational problems, such as diabetes.

Also in this case, of course, we are talking about mere statistics, which certainly should not discourage or prevent the two partners from pursuing their parental desire. However, it is advisable, especially if they are over 40 years old, to be followed by your doctor or a specialist, in case the child does not arrive after 6 months of attempts (women up to 35 years can try for up to one year , in order to seek medical attention in the event of prolonged failure beyond this term).

What are the risks of late pregnancy

Today, more and more women are looking for a late-life pregnancy and there are many reasons, first and foremost the achievement of economic stability. Furthermore, it is not uncommon for women to look for a child at 40 just because they have found the ideal partner with whom to share a life plan and a child late.

Regardless of the reasons that led a woman to wait before conceiving, it is good that she knows that the quality of the oocytes decreases with the years and the more the pregnancy is late, the more the risk increases that the fetus has genetic malformations, including in particular Down syndrome.

Furthermore, numerous scientific studies have highlighted a possible correlation between the age of man and psychological pathologies in the child, such as autism or bipolar disorders. According to a study by Swedish researchers, children born to a father over the age of 45 are more likely to be autistic. The risk is increased by 1,76 times compared to a father aged 20-24. Men over the age of 55, on the other hand, have a 4 times higher risk percentage.

These are data derived from relatively recent statistics, but which should in no case be discouraged. The possibility of having a child is in fact linked to many other aspects, psychological and physical, and in most cases, to conceive naturally and regardless of age, it is sufficient to look for the child with serenity, without anxiety, fears and stress. But never forgetting the good rules, first of all the intake of folic acid.

Female fertility, what are its enemies ❯

Conception: what to do and what to avoid

Follicular phase of the cycle, what it is and how long it lasts

add a comment of Fertility: how it changes with age