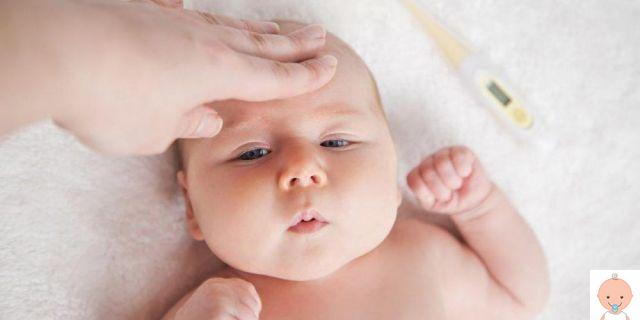 We are not there yet, but apparently very little is missing. The peak of seasonal flu is coming. This year the highlight of the epidemic that occurs punctually every winter is a bit late, compared to usual and compared to the forecasts of epidemiologists: generally, the flu knocks out millions of el paeseni during the Christmas holidays, while year will do so between the end of January and mid-February. And the experts sound an alarm: pay attention especially to small children. For them, the complications can be very serious. So let's focus on influenza 2022.

The data on those affected are collected and disseminated by the Influnet system, the network, promoted by the Higher Institute of Health, which monitors the trend of the flu throughout the national territory. Cases are on the rise and, as mentioned, we are approaching the most critical moment.

The regions currently most affected are Piedmont, Lazio, Abruzzo, Campania and Sicily.

Symptoms of the flu

In both children and adults, the symptoms of seasonal flu syndrome are quite similar:

Colds and parainfluenza viruses cause milder ailments, such as lower fevers, and usually tend to pass within a few days. The flu, on the other hand, lasts about a week and in children it can last even longer. Cough is the symptom that usually goes away later than the others. Gastrointestinal disturbances, such as vomiting and diarrhea, result from yet other pathogens.

Influenza viruses can be dangerous for very young children who do not yet have a strong enough immune system to fight off pathogens from outside. This is one of the reasons why the flu vaccine is recommended for pregnant women, in addition to the pertussis vaccine: the antibodies pass to the fetus through the placenta and therefore protect it once it is born (find an article HERE).

«Children less than three months old and those with other diseases, such as heart disease or neuromuscular pathologies, are particularly at risk - says Alberto Villani, president of the Society of Pediatrics (Sip). In these days, 20 to 30% of patients admitted to pediatrics and neonatology wards have in fact symptoms attributable to the flu virus and / or respiratory syncytial virus, a dangerous "couple" that can cause great damage ».

The respiratory syncytial virus is the one responsible for bronchiolitis, which can make hospitalization necessary (we talked about it HERE).

What to do in case of flu

Rest is the first "medicine" for children affected by the flu. If they have a high fever they should not be kept very covered: it is a mistake that we mothers often make thinking that they may feel cold or that the situation could get worse. Instead you have to keep them uncovered: the risk is that, under blankets and duvets, the temperature will rise again.

Opinions are conflicting on the "grandmother's remedies", such as alcohol sponging or an ice pack on the head. Let's say that significant temperature changes (such as ice for example) are not positive. To give a little relief to the little patients, a warm towel can be passed over the body, focusing on the wrists and the inside of the thighs. This will prevent the fever from dropping too quickly, which should not be done.


Very often children who are not well are not very hungry. The diet must be light, avoiding fats and preferring carbohydrates, an excellent energy reserve for the body that "fights" against fever. It is essential that children drink a lot because the body requires a lot of fluids: dehydration is a risk. Water, decaffeinated tea, fruit juices, freshly squeezed juices must not be missing on the bedside table.

When to call the pediatrician

We mothers, as you know, panic quite easily and, even knowing that a fever is a "friend" because it serves to expel viruses from the body, when the thermometer goes to a little bit of anxiety we feel it. Notifying the pediatrician is always right because so she can tell us what to do and reassure us that it is a "simple" flu.

In some cases, however, it should be consulted without hesitation:

The pediatrician (and only him) will be able to indicate the right products to lower fever (antipyretics). The most used are paracetamol and ibuprofen (it is an anti-inflammatory). Some doctors suggest alternating them, but the El Paediatrics Society advises against doing so. In any case, the pediatrician will explain the dosage (ie how much drug to give) and the duration of the treatment. He will also tell you how often to administer it.

As for the use of antibiotics, it must be said that they are not used to treat the flu. The antibiotic is a drug that treats infections caused by bacteria and flu syndrome is caused by viruses. This type of drug therefore turns out to be completely useless unless there is a possible bacterial complication, for example affecting the respiratory system: in that case, the doctor could prescribe it. But certainly not to pass the fever.


How to avoid infections

Children get sick more often because the infection of the flu is quick and simple: transmission occurs by air, through sneezing, coughing, saliva or by direct contact with respiratory secretions. The little ones who frequent closed places are therefore the first "victims" of the virus: kindergartens, schools, gyms and other meeting places are a perfect vehicle for contagion.

Here is the Sip decalogue to prevent the spread of the epidemic:

1. wash your hands frequently;
2. do not exchange pacifiers and cutlery between children;
3. hydrate children well;
4. get fruit and vegetables in adequate quantities;
5. if prescribed by the pediatrician, do not forget to administer vitamins;
6. cure colds with nasal washes;
7. avoid contact with people with flu symptoms;
8. ventilate closed environments frequently;
9. dress children appropriately: neither too much nor too little;
10. If the children fall into the recommended categories, don't forget to get the flu shot.

The suggestion to avoid contact with people who are not well is essential for newborns: for them even the common cold can be seriously complicated, so pay close attention. For example, if you moms are the ones who are sick, use a mask to protect your nose and mouth.

The flu vaccine is recommended for certain categories of children, that is, those who suffer from certain diseases: for them the consequences of the flu could be important and it is therefore right to protect them with vaccination.

Insects in the house, how to get rid of them: natural remedies and useful tips ❯