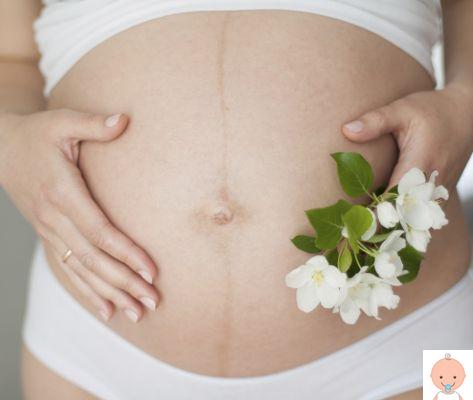 Will it be male or female? Curiosity reigns supreme when we discover that we are expecting a baby and until the moment when the ultrasound does not unequivocally reveal whether it will be male or female, all that remains is to rely on some old generation "predictor" method.

There are many ways to know what the sex of the child is that are handed down to us by ancient popular wisdom.

From folk wisdom here are some ways to predict baby's gender

Methods, of course, not scientifically reliable, but waiting to hear from your gynecologist the long-awaited answer you can also play a little guessing.

Here are some examples.

If the future father is also gaining weight with his mother and by now after a few weeks he finds himself with a few extra pounds and bacon, popular tradition says that a girl is about to be born.

If the mother has shiny hair like those in the advertisements, the skin of the face is radiant and soft then she is expecting a boy because, as the saying goes, "the female steals all the beauty from the mother"

If, looking in the mirror, you notice that your pupils are very dilated, a boy is about to arrive.

Read also: Six ways to decide the sex of the baby

Some of the ways to predict the sex of the baby that stem from tradition popular are quite famous. For example, we have all heard that the "low belly" indicates the arrival of a male, while the "high belly" predicts the birth of a female.

And again, the test of the pendulum (or ring). Hang a ring on a chain and swing it across your stomach. If the movement is circular it is a female, six movement instead goes from side to side indicates the birth of a male.

And beyond superstition, there are still some who try to find effective ways to predict the sex of the child.

For example, journalist Jena Pincott explains that when a woman is expecting a child his breast increases by an average of eight centimeters, on the other hand, if she is expecting a boy, the increase would not exceed 6,3 centimeters.
A difference sufficient to make one guess with some accuracy what sex the unborn child is.

The movements of the baby in the belly ❯

add a comment of Folk methods for predicting a baby's sex