Follicular phase of the cycle, what it is and how long it lasts 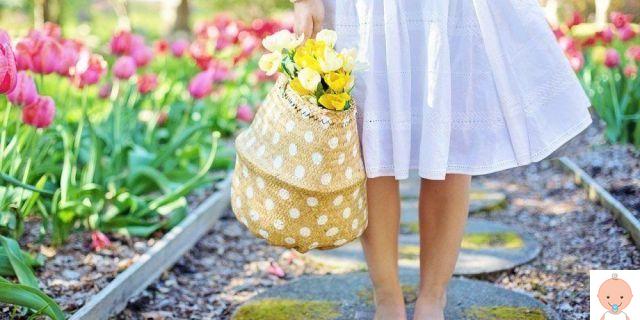 Let's talk about the menstrual cycle and see what are, month after month, the 4 stages that our body goes through: follicular, ovulatory, luteal and menstrual. Let's start with the follicular phase of the cycle.

Let's dust off our knowledge a little and do a little review: the menstrual cycle does not correspond only to menstruation, but includes a much more complex mechanism. It is true that it begins on the first day of blood loss, but its duration is variable: the average is 28 days, but there are shorter and longer cycles, regular cycles and others irregular.

The follicular phase is also called proliferative and, even in this case, its duration is not the same for all women. If you have a normal cycle, typically 28 days, we can say that your follicular phase ends on the 14th day, presumably to coincide with ovulation.

What Happens During the Follicular Phase of the Cycle

During the follicular phase of the menstrual cycle, follicles mature in the ovaries, which are the "support" for the oocytes, ie the egg cells that are enclosed within them. Most follicles remain in a "primitive" state, while others transform into preovulatory follicles. If you are looking for a pregnancy, one of these could make your dream of becoming a mother come true ...

In the last part of the follicular phase, after menstruation, the superficial circulation of the endometrium is restored. The cell layer becomes thicker and softer. Everything is ready to “welcome” the spermatozoa.

The 3 sub-phases of the follicular phase of the cycle

You obviously do not notice it, but there is great excitement within you! The follicles are ready for a real adventure at the end of which only one will triumph over the others. Only the strongest and most vigorous will be able to free the oocyte it holds inside and give life to the greatest miracle. And to do this, he has to go through three more phases of the follicular period.

Pre-antral phase. It has a variable duration, usually between 3 and 5 days. The follicles transform from primordial to primary and undergo a whole series of transformations. The most important of these is the appearance of some gonadotropin receptors, ie hormones: the luteinizing one (LH) and the follicle-stimulating one (FSH). Here a first selection takes place: the follicles that do not make it die.

Antral phase. It lasts about 8-12 days. Here too the follicles are "promoted to a higher degree" and become secondary. This can happen if there are sufficient levels of luteinizing and follicle-stimulating hormones in the blood. One of the secondary follicles will be "crowned" as dominant and will be able to complete its development. Evolution continues until it becomes a Graafian follicle which, towards the end of this phase, secretes luteinizing hormone.

Pre-ovulatory phase. As can be guessed from the name we are close to ovulation, about 37 hours earlier. At this point, in order not to die, the follicle must find the right hormonal environment. There is therefore a pre-ovulatory surge in FSH and a true surge of LH. The follicle has now increased a lot in volume.

The hormones of the menstrual cycle

We generally blame them for everything. Are we nervous? Hormones. Do we feel like crying? Hormones. Does hair suck? Hormones. Yet their task is very important for us women: they are the ones who "lay down the law" and regulate the menstrual cycle. Some of these are called gonadotropins, they are produced by the pituitary gland and have a direct action on the sexual organs. Luteinizing hormone (LH), follicle-stimulating hormone (FSH) and chorionic gonadotropin (beta HCG) belong to this family. The latter is the one that will give you the emotion of the positive test because it is produced when the pregnancy begins.

FSH plays a fundamental role in the first part of the cycle because it stimulates the growth and maturation of the follicles. But the importance of LH is no less: this hormone in fact stimulates ovulation and supports the corpus luteum. After the "burst" of the follicle that "frees" the mature oocyte, in the second half of the cycle, the residual corpus luteum produces progesterone, which will allow any fertilized egg to implant correctly because it prepares the mucous membrane of the uterus in case of pregnancy . Progesterone levels rise after ovulation, rise for the next 6-10 days, and then drop if the egg is not fertilized.

It is not necessary to be a doctor to understand that, in the search for a child, hormonal balances are of primary importance for the success of the "enterprise". In fact, when a woman finds it difficult to get pregnant, especially if her age begins to be a little more advanced, the first thing that is investigated is the hormonal situation.

Folliculogenesis and dominant follicle in the follicular phase

The term folliculogenesis could be misleading. A woman, in fact, is already born with her patrimony of follicles, which begin to be produced during pregnancy. Just think that, at 20 weeks, a girl already has 7 million follicles! At birth this very precious patrimony (it is the so-called ovarian reserve) drops to about 2 million and will last for a lifetime. We women therefore do not produce follicles, but we have them since we are born.

Folliculogenesis is another thing and it is the maturation process of the follicles. This begins during puberty and has an end: menopause. In this - as in many other things - we are very different from man: he will produce new spermatozoa for life. Of course, as the years go on, they will be less active and less efficient, but it is a process that does not die out. For us, however, the biological clock ticks mercilessly. Between 20 and 30 years there is the peak of fertility, then after 35 it begins to decline. It is therefore not certain that the cycles continue to be ovulatory, that is, there may not be ovulation. This is why often those who want motherhood at 40 may find it difficult to conceive (even if it is not the rule).

Over a lifetime, about 300-500 oocytes mature, usually one for each cycle. In each menstrual cycle only one follicle becomes dominant. That is, it reaches a state of full maturity and becomes capable of being fertilized. All other follicles undergo atresia, that is, they die. A curious aspect: only one follicle becomes dominant, only one sperm fertilizes the oocyte. Only the strongest comes to an end ...

Luteal phase of the cycle, what it is and how long it lasts ❯

add a comment of Follicular phase of the cycle, what it is and how long it lasts