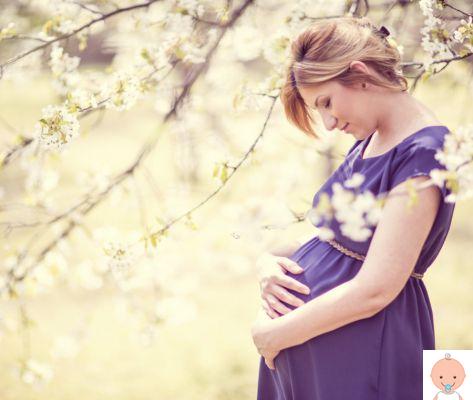 In the United States, the trend is to give the baby a name inspired by geographical locations, to a State of the Union or to a city.


Linda Rosenkrantz, from the famous American site Nameberry, explains that names inspired by places are not a very recent phenomenon, but in recent years it is spreading more and more.

Some parents choose for their child the name of an exotic place or a famous city because this type of names evoke distant and magical atmospheres, or they choose names of this type to remember forever a particularly important moment experienced by the couple, such as a proposal. of marriage or or a trip

The most beautiful names inspired by the sea

And so in the United States there are names like Arizona, Paris, Dakota, Ireland for girls, while among the males Memphis, Egypt, Everest, Milan are advancing.


In el country this trend is not yet so widespread. We remain a people of traditionalists, we often impose the name of the grandfather or grandmother on the child and perpetuate a family tradition, or we choose more original names, but without exaggerating.

If we think of the names inspired by geographical locations Asia comes to mind, a rather widespread female name, or the more recent Oceano (name imposed by John Elkann and Lavinia Borromeo on their second child), which can also be declined in the female variant Oceana or Oceania.

In the last century in our country it was not uncommon to meet a woman whose name was the country, and at the registry office they also registered Europe and America.

Read also: Tell me what name you choose and I'll tell you who you are

Until a few years ago, the law that regulated the imposition of names in the registry office forbade the names of geographical places, with the exception, in fact, of the country, Europe, America and Asia (the latter because it referred to a character from mythology).

Today this ban falls and therefore it is theoretically possible, for example, to call one's daughter China, India, Dakota, Isla or Louisiana, and someone may decide to follow Kim Kardashian's example and call their daughter (or son) North .
The important thing is that in the end the name given to the child by the parents is not ridiculous or offensive and respects the law.