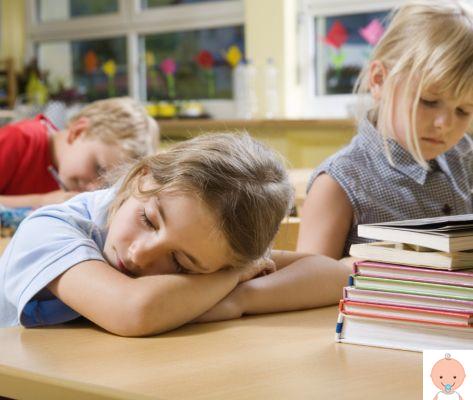 The glycemic curve is a blood test that is done during pregnancy as an in-depth study for the diagnosis of gestational diabetes. The guidelines and procedures regarding when to execute, who should perform it and how, have changed in recent years. Let's try to understand together what has changed and what the current guidelines are.

Let's start with the first question, that is because blood glucose is measured during pregnancy. Glycemia is a value that indicates the level of "sugars" circulating in the blood. In pregnancy, optimal blood glucose values ​​can be considered below 90 mg / dl in the fasted state. It is a test that is done routinely among all those who prescribe in early pregnancy and repeated with the monthly checks only if the values ​​are at the limit or too high, otherwise it will be repeated on a spot throughout the 9 months.

It is important to check blood glucose during pregnancy because High blood sugar levels can cause significant problems for the mother and baby. Making an early and differential diagnosis between a hyperglycemia (high blood sugar in a single measurement) and what is called gestational diabetes, can help avoid complications deriving from a disease such as diabetes.


Unfortunately for those who are predisposed there are no real ways to prevent the increase in blood sugar and gestational diabetes, but with some precautions we can somehow try to limit the situation. The advice of the experts in these cases is a bit like what would be given to everyone, even those who are not pregnant, therefore correct and varied nutrition, moderate but constant physical activity.

By definition, gestational diabetes is a form of disease that is diagnosed for the first time in pregnancy and that, in most cases, about 95%, resolves after pregnancy. It is a condition that has been growing in recent years, most likely linked to our lifestyle and diet. A pregnant woman is suffering from gestational diabetes when she detects her fasting blood sugar exceeds 92 mg / dl for more than one detection.

There are some factors that can facilitate the development of gestational diabetes which are: u

Gestational diabetes does not normally give signs, but in some cases it can happen that there are some indicators, so be careful. Always tell those who follow you during pregnancy when you experience one or more of these symptoms:

The definitive diagnosis of gestational diabetes is made through a specific examination which is called precisely glycemic curve. Let's see together what it is in detail.

Until recently, before the guidelines were revised, what is called the glucose challenge test or load minicurve. A very normal blood test that was carried out in this way: fasting was not required, at the time of sampling you were asked to drink a glucose solution and after an hour the measurement of glucose tolerance was carried out. Based on that value, it was decided who was suffering from gestational diabetes or not.

However, subsequent studies have highlighted some critical issues in the execution of this test: first of all the lack of a fasting blood sugar value from which to start a first screening between women who are actually at risk of diabetes and women who are not. If a woman already has a very high fasting blood sugar and we administer more glucose, we risk creating serious problems. Furthermore, to understand what is the tolerance and disposal of glucose it is necessary not only to know first what blood glucose value has, but also how long this value returns to normal. Therefore, a single determination after one hour of glucose intake was not sufficient.

It was therefore decided to eliminate the mini-curve in favor of the glycemic curve and simultaneously reduce the glucose load provided to women (also 100g to 75g).

How does the blood glucose curve test take place?

When to make the curve?

The guidelines agree that the blood glucose curve should not be offered to all pregnant women if they do not have risk factors. In some selected cases it is instead indicated, that is

At 24-28 gestational weeks it is instead indicated to perform the glycemic curve if at least one of the following conditions is present:

Side effects of the glycemic curve

Since passing from the mini-curve to the curve, all the side effects and potentially risky ones of the exam have been eliminated. This is because if the fasting blood sugar is greater than or equal to 126mg / dl we no longer administer further glucose, but a visit to a specialist doctor is required for further information with other blood tests.

However, there is a drawback to the curve, which many women experience, but which we cannot consider as a real side effect, namely the nausea and in some cases vomiting. The type of drink administered is actually very sweet and taking it all together in a short time to some mothers creates strong nausea up to vomiting. However, if you vomit, the curve must be repeated because the determination made is no longer valid. The advice I give in this sense is to try to relax as much as possible, do not stand there listening to every slightest movement of the stomach because it will only exacerbate the sense of nausea. If the nausea becomes severe, ask to be able to lie down and you will see that the situation will improve.

Cost of the blood glucose curve

In the presence of risk factors that the curve carried out over the weeks we have talked about will be indicated on the recipe (therefore between 14 and 18, and between 24 and 27 weeks) it has no cost. In fact, it falls within the exemption services provided for by our National Health System. Carrying out a glycemic curve may not be nice both for the duration and for the type of exam, but once we know the purpose and the modality I believe that each of us would undergo this to guarantee the well-being of ourselves and of our child. Therefore, rely on the advice of those who follow you during pregnancy, obstetrician or gynecologist, and you will see that even this small exam will not give you problems.

add a comment of Gestational diabetes and glycemic curve