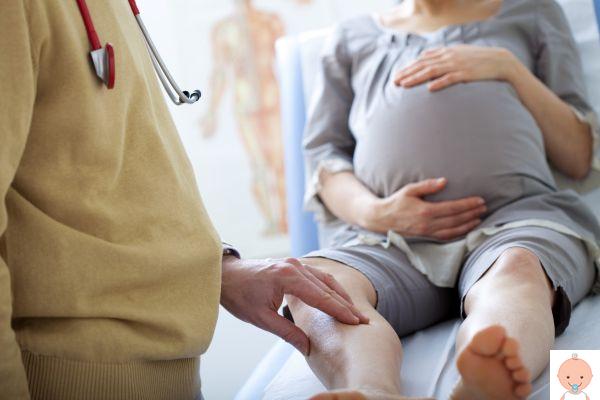 Today, November 26, at the Mangiagalli clinic in the city, Penelope, the eldest daughter of Gianna Nannini, was born.

This was revealed by the Tv Sorrisi e Canzoni website. She was born singing and already has her mother's straight, unruly hair. Penelope Jane, the daughter of Gianna Nannini, weighs 2 kilos and 530 grams, is 48 centimeters long and looks great. Like her mother who, thanks to her Pilates, her great passion, gave birth to her with just two thrusts.

She was conceived not by egg donation, as some may have thought, but after "a long course of treatments that over the years have allowed this result", explained to ANSA the gynecologist Augusto Enrico Semprini, who helped her to come into the world , among other things, on the same day as her grandmother, Giovanna Cellesi, to whom the singer is very attached. She was a Natural childbirth, in total contrast, given that in the country women who are no longer very young are destined for caesarean section.

The news of the pregnancy sparked a debate on whether to become a mother at 54. We had left you with these images of Gianna Nannini who was shopping for maternity in London visibly pregnant at the age of 54, and the controversy was unleashed on the why and why of her motherhood at such an advanced age. And then who is the father? And then how did she get pregnant? And other amenities ...

Then we had found her a few days ago, in the ninth month and radiant on the cover of Vanity Fair, last November 17, splendid with her baby bump in the ninth month, sheathed in the usual rock jeans and with a T-shirt that immediately manifests the Nannini-thought : God is a woman, says the t-shirt, and the same sentence Gianna Nannini had written in a letter addressed to the child born today.

Happy birthday Gianna, rock mom you are all of us!