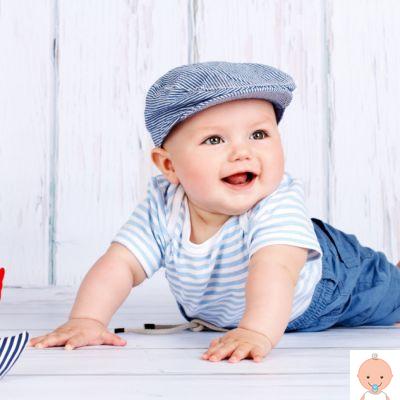 One of the ancient male name, famous for having been brought by numerous popes and very widespread in the Middle Ages, Gregorio is a perfect name for those who want to choose a traditional name, with a classic but not very common flavor. Today we discover in this guide the origin, the meaning, the name day and the curiosities about Gregorio, name for child.

What is the meaning of the name Gregorio

The name Gregory derives from the Latin term Greogorius, which in turn comes from the ancient Greek name Γρηγόριος (Grēgorios). From the etymological point of view, the name originates from the Greek verb γρηγορέω, grēgoreō, which means "I'm completely awake". Therefore the meaning of the name can be "awake, active, ready", but also" on alert ".

What is the diffusion of the name Gregorio?

The name Gregorio was extremely widespread in Christian environments where it took on the broader meaning of "ready for faith". Numerous popes and saints they bore this name and this helped to increase its popularity especially in medieval times. In Britain Gregory was the name of numerous noble and ecclesiastical characters, especially in the Norman era and was extremely popular.

In our country it is more widespread in the southern regions and in recent years its popularity has been growing: according to i ISTAT data relative to the most common names in 1999, 140 newborns were called Gregory, while in 2022 there were 408. 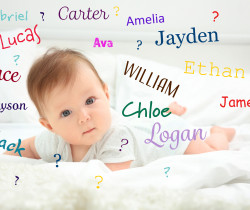 When is Gregory's name day?

There are many saints who bore this name, however most people celebrate the name day on September 3th, in memory of holy Pope Gregory the Great.

Who was Saint Gregory?

Pope Gregory I, also known as Pope Gregory the Great lived in the fifth century AD and was bishop of Rome and Pope of the Catholic Church, in an extremely complex period of our history. Known for his immense moral strength and for his unshakable trust in Christianity, St. Gregory helped to strengthen the pontifical power and the universal vocation of the Church.

Diminutive of the name Gregorio

Among the foreign variants of the name Gregorio we point out:

And it is precisely from the different foreign variants that we can draw some nice ones diminutives for the name Gregorio:

Gregory has a charming personality and is endowed with a strong communicative ability, which allows him to create an excellent social network and to enjoy a certain popularity.

Gregorio is very creative and is always committed to the realization of ambitious projects. He is jovial, optimistic, ambitious, he is animated by adults motivation in everything he does, he has a very pragmatic vision that helps him achieve his goals. He hates compromises, and lies, deceptions and does not always like contradicted.

He is loyal, generous, combative, has a competitive spirit and often successfully achieves his counterparts. He pays great attention to detail, is precise and fussy.

He does not make friends easily, is a bit suspicious at first and prefers to exchange ideas and opinions with others before welcoming them into his world. Gregorio is cheerful, optimistic, has a good sense of humor, knows how to entertain and is eclectic.

What profession will Gregory make? Communication seems to be his favorite route. He will therefore be interested in teaching, advertising, journalism, languages, but also the world of entertainment and professions related to travel and commerce.

What zodiac sign is associated with the name Gregory?

The zodiac sign that is best associated with Gregory's personality is Aries. He is impatient, impulsive and courageous, but he is also full of energy, imagination and a fervent analytical mind.

What is Gregory's precious stone

Il citrus is Gregory's precious stone: it contains an important source of positive energy and is a symbol of peace and protection.

What color is associated with Gregory?

The color that best reflects Gregorio's personality is the violet. Subtle and mysterious, purple goes perfectly with some of Gregorio's character traits, combining freshness and purity.

What is Gregory's lucky number?

Gregory's number is the 3 and reflects Gregory's sociable, sensitive and original character.

What song should you dedicate to Gregorio?

We chose Gregory Porter's "Be Good"

add a comment of Gregorio name for child: meaning, origin and curiosity