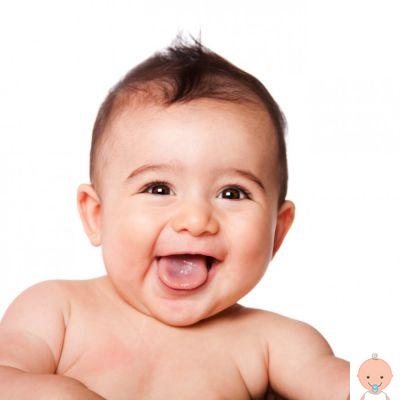 Popular since ancient Roman times, Felice is a masculine name that has spanned generations and continues to be quite common in the country. Today we discover in this guide the origin, the meaning, the name day and the curiosities about Happy, name for child.

What is the meaning of the name Felice?

Il meaning of the name Felice it is quite evident: it derives directly from the Latin term felix, which translates, in modernity, with "happy, happy". It is, therefore, undoubtedly a auspicious and lucky name.

What is the etymology of the name Felice?

The name Felice derives from the Roman nickname Felix, originating from the term felix, felicis, which meant "lucky", "fruitful", "fertile", but also, in a broader sense, "happy".

What is the spread of the name Felice?

The auspicious meaning of the name Felice undoubtedly contributed to his diffusion since ancient times in Christian circles. The name was also brought by four popes and several saints.

In el country, according to i ISTAT data relative to the most common names, the popularity of this name in our country has, however, been decreasing in recent years: in 1999 180 babies were called Felice, while in 2022 there were only 75. It is therefore the right choice for those who love babies. names linked to tradition and of ancient origin, but not very common.

When is Felice's name day?

Many saints have borne this name, therefore there are several dates on which the name day can be celebrated. In most cases, however, we celebrate the 14st January, when it is commemorated San Felice di Nola, priest imprisoned during the persecutions of Diocletian.

Many prefer to celebrate the 15th November, in memory of San Felice bishop of Nola.

Who was Saint Felix?

San Felice he was a priest who was imprisoned during the persecutions of Diocletian and was later released by an angel. He is appealed against plague, contagious diseases, war and also the sprains of the limbs.

The story of San Felice, bishop of Nola, lived in the first century. It is said that Felice was imprisoned and fed to the lions who, however, retreated in front of him. He was thrown into a furnace of burning coals, and an angel rushed to free him. He was finally beheaded after other tortures: his body was buried secretly inside a well of a patrician house on which the crypt of the cathedral of Nola was later built.

Happy name in other languages

Le foreign variants of the name Felice they are numerous and all prefer form Felix. We remember the following:

How is Felice's character?

Happy has a optimism irrepressible and contagious: he always sees the positive side of situations even when it seems that everything is going wrong. He has one interior strenght silent and extraordinary, it is always in action, it hates to stand still and wait. He has a practical and rational mind, he is greedy, loves good food and conviviality.

Happy loves to keep harmonious relationships with those close to him, he is emotional and sensitive. He will alternate periods of life in slow motion with other more agitated ones, he lives in constant change between moments of laziness and others of extraordinary energy and motivation.
Its strengths are charm, kindness, availability and the spirit of camaraderie.

Felice likes it escape, fantasize, travel. He has a slightly bohemian side and, like the cicada, he appreciates the easy life and the pleasures. Changes suit him perfectly, as does travel, which often attracts him. At the same time, he lives with a certain fragility and intense emotional tension.

What profession will Felice make? It will be perfect to take over the reins of a family business, but it will also find gratification in the sectors of commerce, catering, administration. Also perfect as a psychologist or teacher.

What zodiac sign is associated with the name Happy?

Happy is associated with the sign of Leo: enthusiastic, energetic, with the great ability to be an enlightened leader.

What is Felice's precious stone?

Il citrus is the lucky gem of happy: it reduces sadness and aggression, symbolizes abundance and good humor and promotes the joy of living.

Which color is associated with Felice?

L'Orange is the color associated with the name Felice: an energetic, invigorating color, just like Felice that instills a good mood around him and that reflects his joie de vivre and his ability to communicate.

What is Felice's lucky number?

Felice's lucky number is 2, which strengthens her diplomatic ability and her affectionate and kind nature.

What song should you dedicate to Felice?

We have choosen "Don't You Want Me"is a song recorded by British DJ and producer Francis Wright, known as Felix.

has collected in this article a long list of male names. By clicking on each of the names you can discover their origin, meaning and curiosity, from the letter A of Andrea to the W of Walter.

Fertility: how it changes with age ❯