Hip ultrasound: what it is, when and why it is done 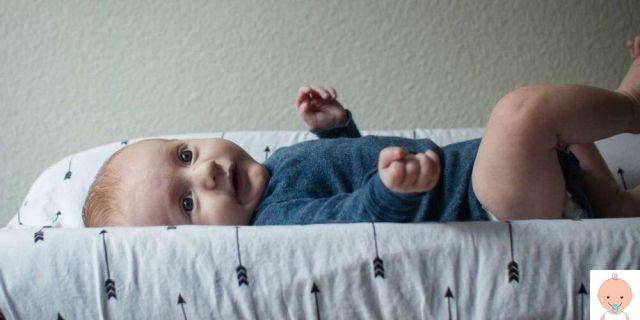 Hip ultrasound is one of the very first checks that are required by the pediatrician after birth and is a non-invasive, painless and at the same time important for the health of our puppies, especially girls. In fact, girls are more prone to the so-called congenital hip dysplasia which, if diagnosed early, can be corrected quickly and without too much hassle. So let's find out what this ultrasound on the hips is, when and how it is done.

What is hip dysplasia

Let's start by explaining a little more about congenital hip dysplasia. It is a skeletal anomaly present from birth, affecting the head of the femur, its joint cavity and ligaments. As mentioned, females are affected 5 times more than males and it is a problem that must be addressed promptly to avoid the danger of complications such as premature osteoarthritis or limping.

What are the causes of hip dysplasia

The causes of hip dysplasia depend on several factors, which are genetic and environmental. Among these are the familiarity, the position inside the uterus during pregnancy (for example, if the baby's pelvis is resting on the mother's spine or if it is breech), the presence of more fetuses (twins), the scarcity of amniotic fluid, some malformations of the lower limbs, neurological diseases, laxity of the ligaments (often only transient). Firstborns are more likely to suffer from the disorder because in a firstborn the uterus stretches less and compresses the baby more.

Before resorting to an ultrasound on the hips, the pediatrician will begin the diagnostic process with the so-called Ortolani maneuver, which is done practically at every routine visit. The baby is on his stomach and the doctor bends the legs at right angles, placing the palms of the hands on the knees. Then he exerts a movement of flexion, abduction and external rotation. If the femoral head comes out of the position it should be then there is a suspicion of hip dysplasia. So here comes the aforementioned ultrasound on the hips.

Hip ultrasound is not mandatory, but is recommended and recommended by all pediatricians. So basically you always do.

When an ultrasound is done on the hips

The pediatrician will prescribe it within the first 3 months of the baby's life. The ideal time is between 45 and 60 days after giving birth. Only in special cases, for example if there is familiarity, if the Ortolani maneuver reveals doubts or if they are twins, can it be advised in advance. In other cases, however, it is not advisable to do it too early because the problem could also resolve itself.

How long does the hip ultrasound last?

This ultrasound is performed in the clinic in about a quarter of an hour and, as we said above, it is absolutely not invasive or painful for the newborn. And clearly it's not harmful either: it's not radiation.

No. Hip ultrasound is not free. To do so, you need to pay a ticket, unless you are entitled to the exemption.

What to do in case of ultrasound on the hips that is positive? In milder cases of congenital hip dysplasia, treatment in the first 6 months of life involves the use of a double diaper to keep the hips apart or a real retractor that will "force" the head of the femur to remain in the its headquarters. To all this can be coupled the habit of holding the baby in the arms on the side (so as to have the legs wide open) or in the baby carrier. If the dysplasia is more severe, the Pavlik brace is used, a metal support that keeps the legs apart and is worn daily for 2-3 months.

We were talking about the importance of early diagnosis. If dysplasia is discovered at a later age, for example around one year of age or when the child is already walking, it is more difficult to achieve good results with the methods we have described and surgery will be required to correct the dysplasia. In fact, the attention that pediatricians have towards our children will allow us to identify the disorder early and it will be their care to send you promptly to a center that deals with ultrasound on the hips.

Twin ultrasound: how and when it should be done ❯

add a comment of Hip ultrasound: what it is, when and why it is done